J & C O’Meara, the Ormskirk, Lancashire-based woodworking machinery agent blessed with many good old fashioned values fosters a simple and direct approach with its customers. This  has seen the business evolve successfully over three decades from refurbishing old machines in a garage, to representing not only its own impressive Genisis range , but also representing leading international manufacturers and its latest agency, leading full range CNC machinery manufacturer, the AES Group, here in the UK market. 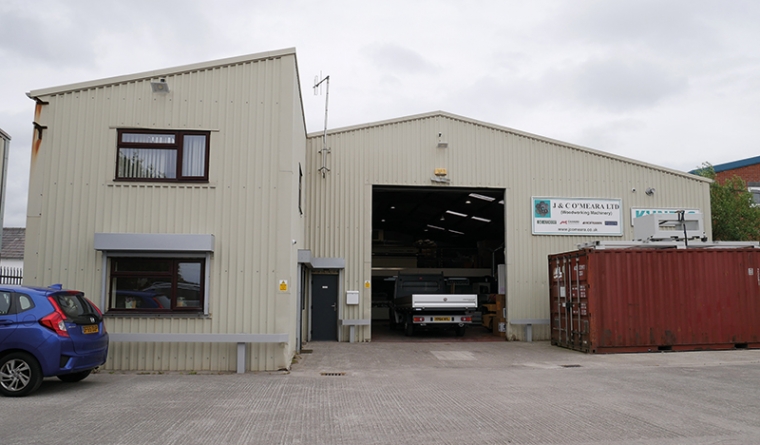 Established in 1990, Joseph and Carl O’Meara began acquiring used machines, one at a time at first, refurbishing them and then moved on to batches of machinery to upgrade and resell.

“The very first machine we bought was an old Dominion morticer,” explains Carl, “we picked it up in our van, took it back to my dad’s house, and at the back of his garage, we did a bit of a refurb on it, and we sold it on. By 1992, this had developed into acquiring surplus machinery and equipment from auctions and liquidations which the company traded out of its first premises in Southport, Merseyside – a rented unit of 3600 sq ft. 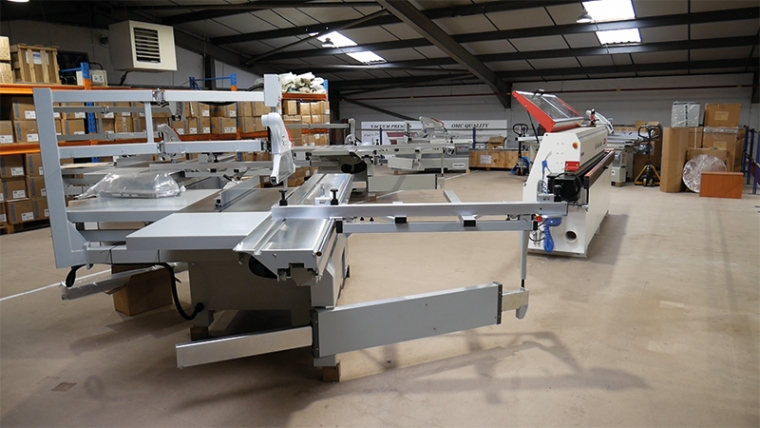 From the start, the business ethos was always to offer a quality product and service, complimented with a no-nonsense warranty, ensuring customer’s total peace of mind.

The business model grew steadily over the ensuing five years and it continued purchasing and refurbishing used machinery for resale until 1998, when the PUWER98 regulations were introduced. This added complexity and costs to refurbishing old machines, and along with discounted new machinery incentives, meant there was less demand overnight. The company needed to adapt and Joseph and Carl started to source and supply new machinery. Today the business is at least 90% new machine sales. 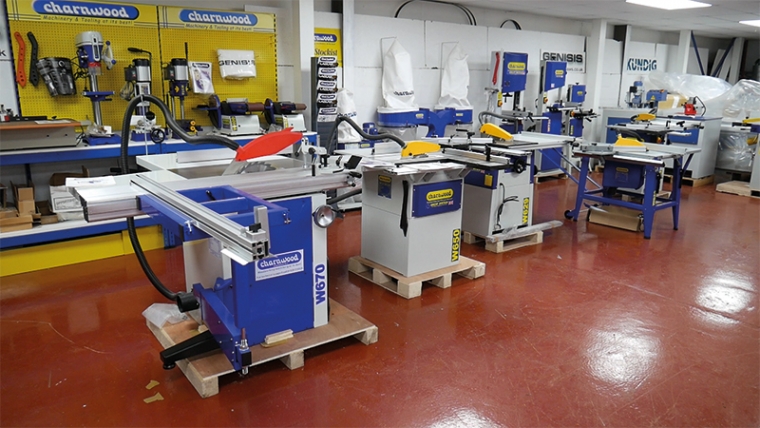 Into the new millennium, the company had outgrown its premises and needed more space due to the expansion of the new machinery sales as well as new machinery agencies which had been agreed, such as Sedgewick, Casadei and Altendorf at that time. This led to the company moving into a larger unit in Banks, Lancashire on the outskirts of Southport.

By 2003, the company once again needed more space and better facilities largely because around 75% of the company’s activities had switched to the supply of new machinery which was compliant to both CE and PUWER98 safety standards.

In 2003, J & C O’Meara moved again to a modern industrial premises, centrally-located with easy access to Manchester, Liverpool and Preston. The premises offer a 5000 sq ft showroom with one of the largest displays of sliding table panel saws in the UK. Over the years, the company has built up a loyal and successful customer base and enjoys the benefit of repeat business from loyal customers both far and wide. 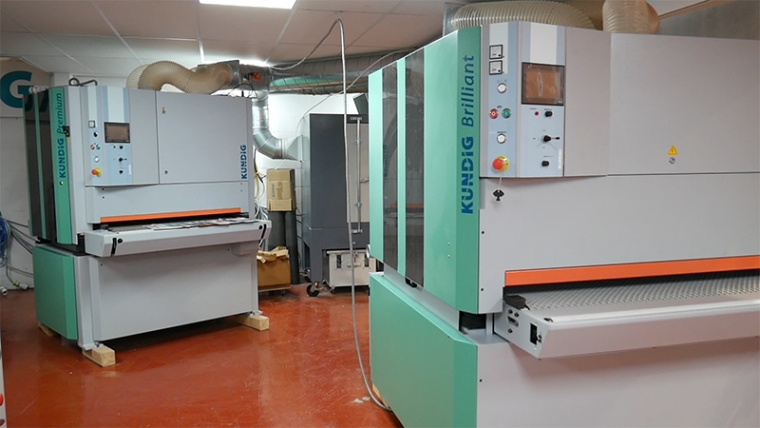 In 2005, the company agreed to work with Kündig, the leading Swiss sanding machinery manufacturer, to set up a sales network and oversee its activity in the UK.

The next year started with the sad news that Joseph O’Meara, Carl’s father, had passed away. In the same, year, the business parted company with one of its biggest suppliers, Altendorf – which it duly replaced with its Genisis sliding table panel saws.

In 2007, the company added an additional 1100 sq ft and in 2008 the company introduced briquetting machines to the Genisis range and showcased the products for the first time at the W8 woodworking machinery exhibition. 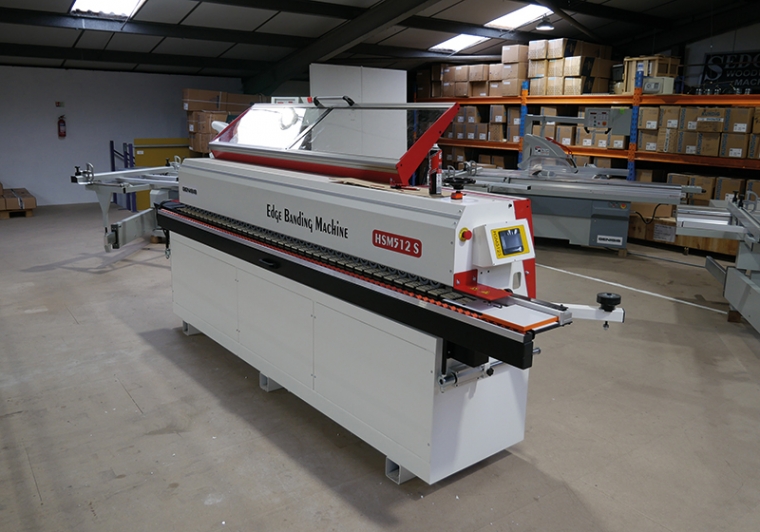 Thanks to its loyal customers and dedicated staff, J & C O’Meara survived the 2008-2010 recession intact. In 2014 the company introduced the Genisis 512S edgebander, giving the small- to medium-sized manufacturer an affordable PVC/ABS machine with pre-milling and corner rounding.

In 2016, J & C O’Meara took on the agency of the impressive AES Group – Turkey’s leading CNC machinery experts – and started by introducing its smallest CNC, the through-feed Sirius drilling and routing machine. In 2017, the first AES Sirius machines came into stock – necessitating a re-organisation and refurbishment of the premises and once again, the company extended and upgraded the premises to 7500 sq ft. 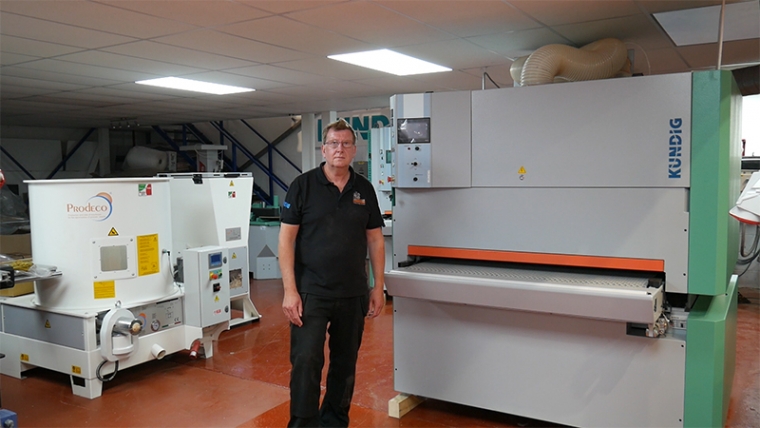 Bringing the time line up to date, in 2018 J & C O’Meara invested in a dedicated customer support vehicle, and, at the time of writing, are valiantly getting ready for the W18 Exhibition with its biggest stand to date featuring a range of products from its Genisis range, a selection of Kündig wide belt and edge sanders and a presence from the AES Group.

Alongside the brands the company represents in UK, J & C O’Meara has its own comprehensive Genisis range of woodworking machinery. From bandsaws to briquetters, shredders to spindle moulders and wall saws to wood burners, the Genisis range is a substantial offering – and fully supplied, warranted, serviced and maintained by J & C O’Meara. 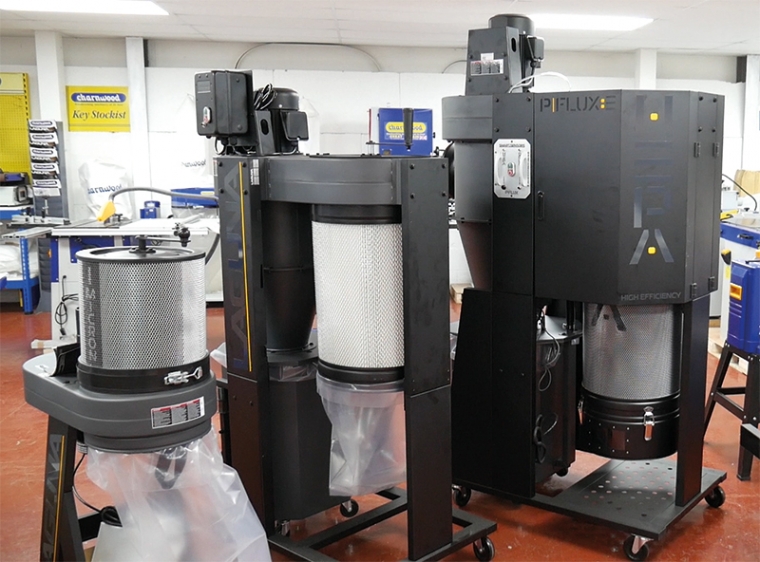 The evolution of the company’s Genisis brand dates back to the early 2000s when it parted company with two of its then main agencies: “We decided that it was time for us to invest in ourselves, our products and our brands. That spurred us on to develop the Genisis brand – effectively a badge-engineered collection of products from suppliers that J & C O’Meara has built up a working trust with over the last 20 years.

“Strangely enough, it was the products which were being manufactured all around the world with European logos stuck on them that motivated us to look into getting something sorted out that we felt our clients could trust in and rely on – thus Genisis was born.

​​​​​​​“With Genisis, our take was that from the very start it would be a clear and transparent brand,” explains Carl. “Fast forward 20 years, and everybody knows where our stock comes from, the quality is recognised and we sell and service a large number of Genisis machines which have proven themselves very well in the marketplace.

Essentially, there’s nothing wrong with badge engineering, it’s just a little disappointing that some companies operating today find it difficult to be clear and up front with customers regarding its product sources. 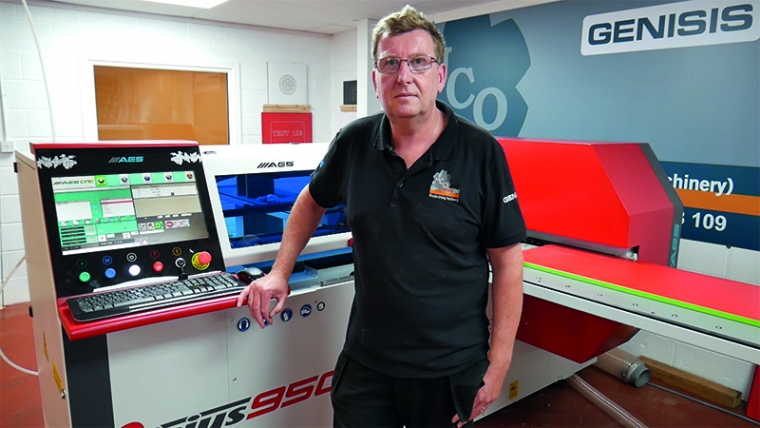 J & C O’Meara has come a long way since that first Dominion morticer, it’s clear that the business is continuing to evolve in a positive manner whilst being true to the principles established by Joseph at the company’s inception in 1990. Looking at the impressive AES Group products, I’m pretty sure Joseph would feel that the business could not be in finer fettle with the current team, led adroitly by his capable and committed son, Carl.

Carl concludes: “When most people set out in business, they may have key objectives and goals, as we indeed do. But typically, as you progress, the goals tend to move further on, your expectations of where you want to be are always getting higher. That is still very much the case for us, we will keep evolving, building steadily and with the customer always at the centre of our decision-making … we feel there is still quite a journey ahead.”

Furniture Production is a leading publication for the furniture sector featuring interviews with furniture designers.