A 12-strong team of cyclists took part in the St Albans to Morecambe Bike Ride fundraiser, which was organised by Tony Attard OBE DL, Master of The Furniture Makers’ Company, and took place from 12-16 September.

Dressed smartly in the sponsored team jersey, the peloton set off on the morning of Monday 12 September from Verulamium Park in St Albans and cycled 64 miles north, taking the riders through the beautiful Buckinghamshire countryside, and ending the day in Whittlebury. On day two, the team cycled 68 miles up through the heart of the East Midlands, negotiating the bustling streets of Leicester and Loughborough, finishing in Kegworth. 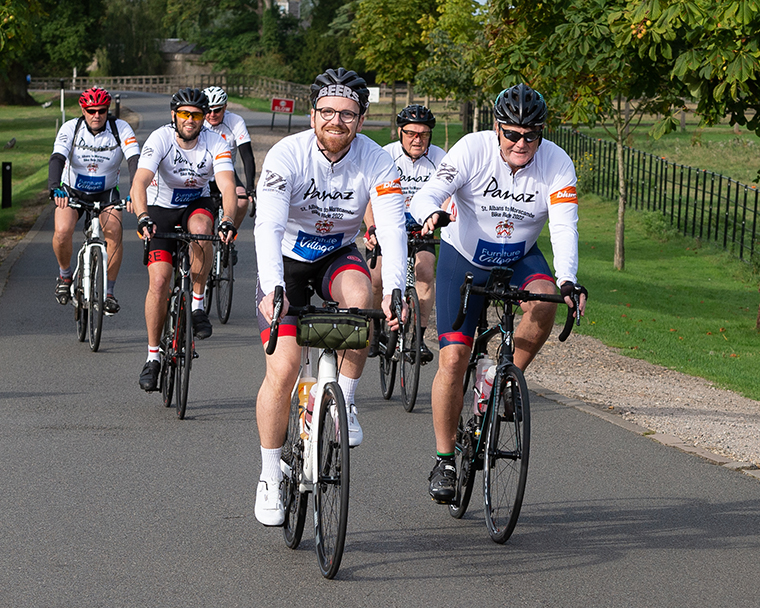 On the third day of the challenge, the cyclists headed 67 miles from Kegworth, riding through Long Eaton - the UK centre of upholstery - in the morning, followed by an exhausting afternoon climb up Snake Pass - a testing hill pass in the Derbyshire section of the Peak District - ending the day in Glossop.

The cyclists faced another tough day on day four, with climbs out of Glossop and ending the day in the beautiful Yorkshire market town of Skipton after a 58-mile ride.

On the final morning, the weary cyclists started the day with a visit to the office of the National Bed Federation, a sponsor of the team jersey. The cyclists were greeted by Andrew Mear, chairman of Skipton Business Improvement District, and Jessica Alexander, executive director of the National Bed Federation, who presented the team with a cheque. After the presentation, the team cycled the final 45 miles west from Skipton, ascending over the Yorkshire Dales and into Morecambe, Lancashire. The team were cheered over the finish line by friends and family at the Midland Hotel. Later that evening the High Sheriff of Lancashire, Martin John Ainscough DL, presented each participant with a certificate and a bottle of English Champagne. 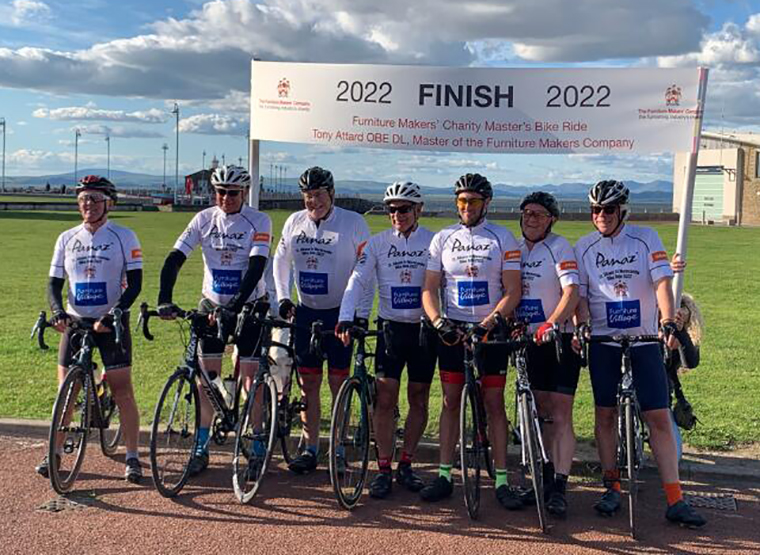 The group’s fundraising total currently stands at a huge £27,000, but there is still time to donate, as the JustGiving page will remain live for another six weeks. The money raised from the fundraiser will support the charity’s education programme - which nurtures young people looking to build a career in the sector - and its provision of occupational welfare to people working in the industry.

Tony Attard OBE DL, Master of The Furniture Makers’ Company, said: “What a fantastic week we had. This was a substantial challenge for all of us with some very tough climbs throughout the week. All the participants agreed that it was a hard trip but worth it to raise the significant sum of £27,000 for our charity. I would like to express my deepest of thanks to our corporate cycle jersey sponsors as well as for all the individual donations we have received through JustGiving. There is still time to donate and help us raise more funds.” 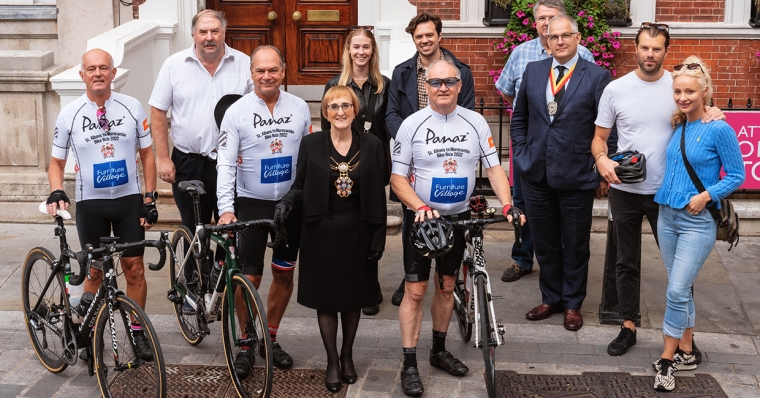 Prior to the group’s departure, a ceremony took place at Furniture Makers’ Hall, London on Sunday 11 September, where Alison Gowman, Alderman and Sheriff of London, presented the Master with a donation towards the fundraiser and wished the team well on the trip.

Alison Gowman, Alderman and Sheriff of London, said: “It is a great initiative for the Master and livery members to undertake. I was delighted to wish them well as they set off and I know that all the hard work will result in funds that will be put to such good use.”

The cycle team comprised of 12 riders who joined the fundraiser for various legs of the journey: