CNC router technology has advanced significantly over the past few years, with the most significant developments being in travel speeds and positional accuracy, automated toolchange options and enhanced features for automated operation and software integration. We talk to HPC Laser director Steve Cockerham for his insight …
Home / Interviews / Articles / 2020 / October

One of the most practical machine developments in recent years has been the technological improvements made in spindle motor and frequency inverter technology.

Prior to this technology being introduced, more traditional machines used fixed-speed, mains-fed spindle motors, with speed changes being offered through a variety of methods including belts and pulleys and mechanical speed variators. Because mains-supplied AC electric motors are supplied via a fixed frequency 50Hz supply, they are unable to vary their operating speed.

An interesting point is that no-load motor speed (RPM) equals 60 x supply frequency (Hz) divided by number of motor poles/two. Hence, a two-pole motor on 50Hz would run at 3000rpm, a four-pole motor at 1500rpm, and so on.

Frequency inverters work by rectifying the AC electrical supply to DC and then switching this DC supply at incredible speeds to output a synthetic three-phase sinusoidal supply – a process known as pulse width modulation. The key ability of this system is to vary the output supply frequency. 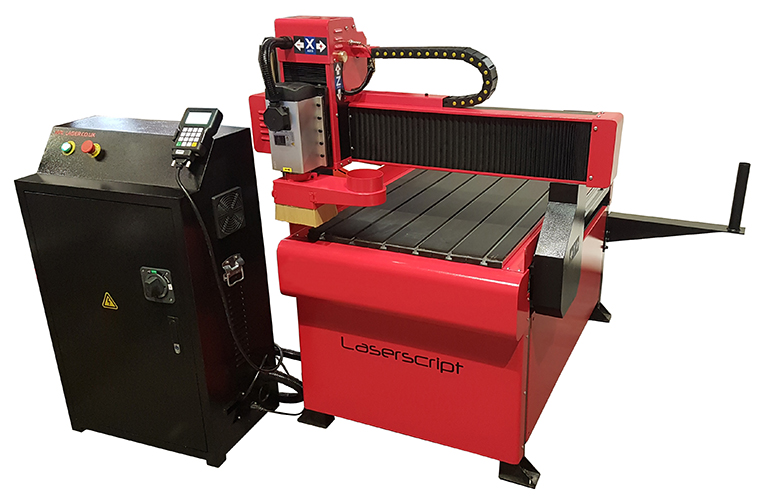 This means that a two-pole motor that would usually run at 3000rpm on a 50Hz supply can now operate at 24,000rpm when driven by the frequency inverters’ synthetic supply at 400Hz.

Because frequency inverters operate on a variable-voltage-variable-frequency basis, they are also able to much better control the starting of the spindle motor from standstill, with a ramped acceleration function which reduces wear on mechanical components and significantly reduces the motor inrush current – which, on a mains-fed motor at 50Hz, could be 10 x higher than the normal full-load current of the motor.

The starting current limitations offered by frequency inverters allow motors to be used on much weaker electrical supplies than was previously possible. Considering these and other benefits of a motor and inverter combination, it should come as little surprise that the same motor-inverter systems have taken over from fixed-speed drives and now dominate industrial drive applications in every possible industry, from oil and gas to building ventilation and underground mining.

An interesting point to bear in mind is that fitting fixed-speed motors with frequency inverters on applications involving pumps and fans, thereby offering closed-loop variable speed operation, can offer energy savings in excess of 80%. 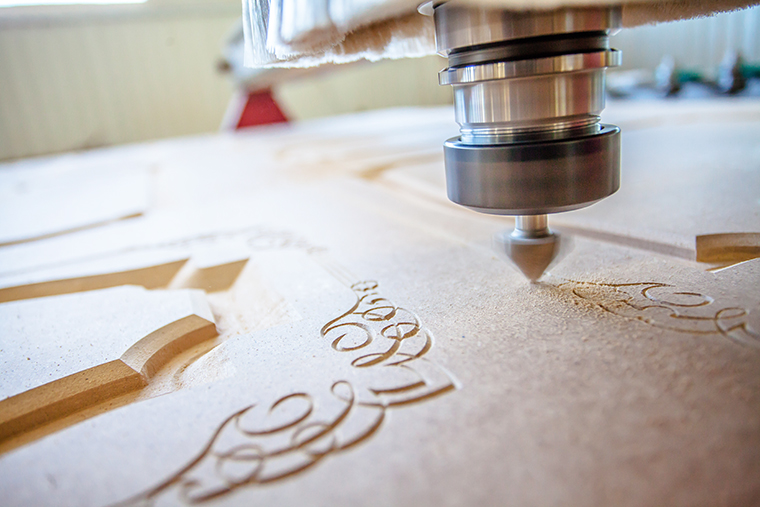 Other significant CNC router developments in recent years have included the migration to heavier-duty fabricated steel and cast-iron beds, improving dimensional accuracy, reducing vibration and ultimately contributing to improved repeatability and, in most cases, a vastly superior cutting finish.

Such recent developments in machine features, together with modular designs and the lean and flexible manufacturing systems of today, mean that customers can now purchase a cost-effective, tailor-made machine, configured to suit their exact needs and expectations, faster than ever before.

CNC router technology, especially considering the recent advances in specification, have left modern machines wanting for few, if any, additional features. Indeed, it almost feels like we have reached the pinnacle of innovation in CNC router development.

When considering you can now buy a CNC router with an almost-infinite spindle speed range and a plethora of standard features and optional extras such as vacuum bed, toolchange devices, fourth axis and multiple spindle arrangements for such attractive prices, it is difficult to imagine what new developments might be next.

However, as with many products and industries, continual innovation, research and technological development will bring about new machine features that will make us wonder how we ever managed without them.

Furniture Production is a leading publication for the furniture sector featuring interviews with furniture designers.