Since 2011, the vertically-integrated timber group’s turnover has grown from £53m to a projected £136m in the current financial year and Merlwood will contribute in no small part to this ongoing growth.

Merlwood Timber Ltd was formed in 1997 and operates from a three-acre site in Haverfordwest with other strategic dockside locations within the UK. All staff will be joining Premier after a direct approach from the existing directors, who were were keen to safeguard the ‘right ownership,’ the business’ reputation and to secure future investment. 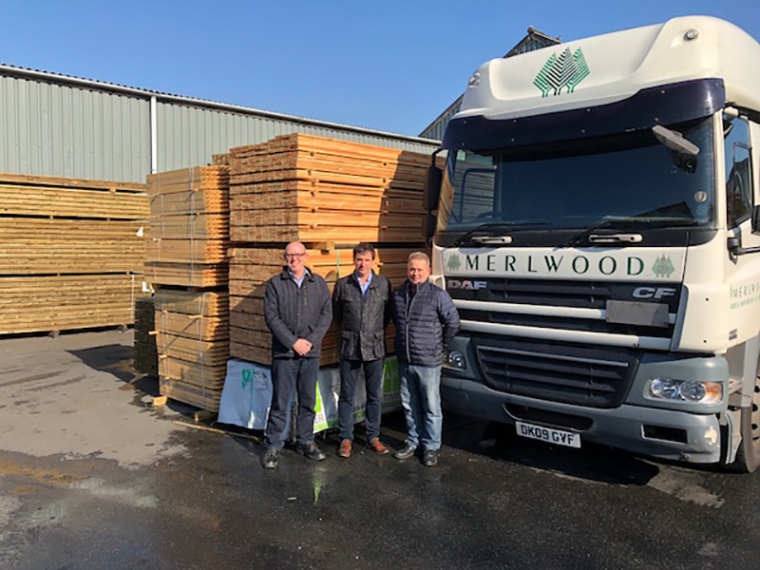 Its West Wales site operates a full in-house machining and treatment facility and has built a stellar reputation as leading suppliers of imported and domestically produced solid timber; with timber and builders’ merchants being key clients.

Terry Edgell, CEO and co-founder of Premier Forest Group, says: “The acquisition of Merlwood Timber Ltd gives Premier the opportunity to strengthen its distribution capacity in Wales and to expand its group sales revenue and geographic reach.

“The Merlwood team bring with them additional customer and supplier relationships and their capacity to machine timber in-house, which adds to the value and service we can now offer to our own group’s customer base.

“Particularly exciting is the fact that the full management team and staff are firmly committed to joining the Premier Forest Group. They are embracing the opportunities the acquisition brings with it and we hope to see a period of job creation, capital investment and sales expansion within Wales for both Merlwood and our other three Welsh sites as a result of this acquisition.”