This project has been the biggest-ever that AMS has installed and has been a big improvement for the company.

Murdock Builders Merchants is currently recognised as a leading supplier of building materials and timber in the Irish marketplace. It was originally established in 1982, and today has 14 builders’ merchants branches plus two timber sites in Ireland.

Last year, Murdock’s Newry branch was looking for a reliable supplier for its new machinery. It needed another high speed production line in its company. During that search, the company suffered a fire, and after that needed not one, but two huge installations – and it needed to be started urgently. 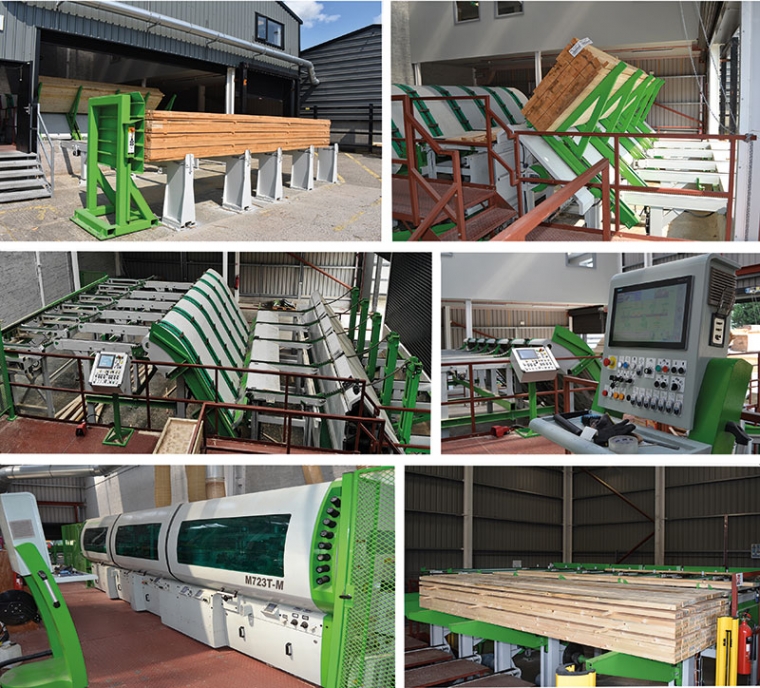 Paul says: “After our fire, we were looking for a redesigned and changed set-up. When we contacted AMS, their team helped us quickly and professionally, no matter what the problem or question.”

The two huge seven-head heavy duty moulders – running up to 120m per minute supported by a complete turnkey handline operation – was installed by AMS engineers over Christmas 2017 and into the early part of 2018.

Paul says: “I have had a very good working relationship with the AMS directors for 17 years and we knew that they were a reliable company, just what we needed in that moment."

“Another key factor in choosing AMS was their partnership with the handling company. AMS works very well with this company and were taking care of sourcing and contracting of the handling. I didn’t have to deal with two companies – AMS handled everything for me.”

This is a huge milestone in the short history of AMS, a service company that can provide high speed production lines as well as a wide range of other products and services to companies in the UK and overseas.