NBF adds social and ethical compliance to its membership requirements

The National Bed Federation (NBF) is to extend its Code of Practice to cover social and ethical compliance.

In an historic vote at last week’s Forum and Annual General Meeting – the association’s 107th – the membership voted unanimously to join the Fast Forward1 programme, which will involve all members being audited against a rigorous set of statutory compliance criteria. These include all aspects of employment, including eligibility to work, national minimum wage, employment law, health and safety, mistreatment and access to remedy. It also covers business structure and tax.

NBF presiden, Tony Lisanti, says: “We are all aware of the stories and rumours widely circulating about rogue businesses which do not behave in socially or ethical acceptable ways and who may even be breaking the law. Members and their customers – retailers – have been telling us that they would like to see our Code of Practice move beyond product compliance and we wanted to find a way of helping our membership clearly distance themselves from such rogue businesses.”

The NBF has selected to work with the Fast Forward programme as opposed to other, similar schemes, because of its emphasis on training and practical guidance coupled with forensic auditing processes, consistency of approach and ability to share audit results with other scheme members – ie retailers.

The NBF will now embark on an 18-month programme, introducing the scheme, conducting training and then audits, with a view to all members being audited by the end of 2020. The cost of the first round of audits will be covered by the NBF. 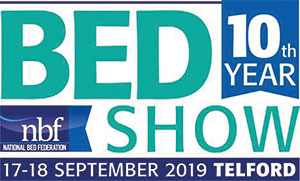 In addition, the NBF’s members also voted for the NBF to sign up to a new initiative co-ordinated by the Gangmasters & Labour Abuse Authority (GLAA) – the Apparel and General Merchandise Public/Private Protocol – launched in November 2018, which aims to bring together manufacturers, suppliers, retailers and a wide range of enforcement authorities, including The Health & Safety Executive and HMRC, in a proper exchange of information and intelligence to support targeted enforcement activity and investigations.

Fast Forward audits to date have uncovered serious issues, particularly in the apparel sector, ranging from wholesale disregard for employment laws to practices that border on forced labour, such as cash payments below National Minimum Wage, no contracts or paid holidays, benefit fraud collusion and illegal workers.

A support industry that exists to limit risk and hide criminal behaviour such as fraudulent lawyers and accountants, false paperwork and money laundering has also been uncovered.

“We hope that joining the protocol will give us a channel for reporting any similar concerns we hear about in our sector and thus help to protect vulnerable and exploited workers, to disrupt exploitative practices and bring criminals to justice – but also to protect honest businesses who do the right thing and are being disadvantaged in the marketplace as a consequence of such unfair competition,” concludes Tony.