Outstanding success for SCM with visitors from more than 100 countries with many signing off important contacts and deals.
Home / News / Articles / 2019 / July

The 2019 edition of Ligna – in which SCM has been taking part for 60 years – was, as expected, a great success. Thousands of business clients and visitors from more than 100 countries, filled SCM’s elegant, bright stand with more than 4000 sq m of exhibition space and more than 60 technological solutions made available to the entire industry for the second processing of wood, with outstanding opportunities across all the key international markets. 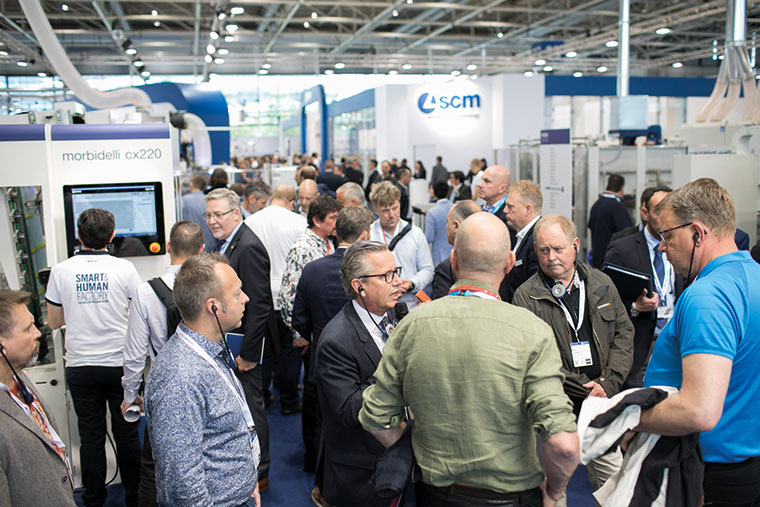 The Smart&Human Factory generated a huge amount of interest with its flexible and modular automated cells, integrated with industrial and collaborative robots, unmanned shuttles and state-of-the-art IoT digital services and software. 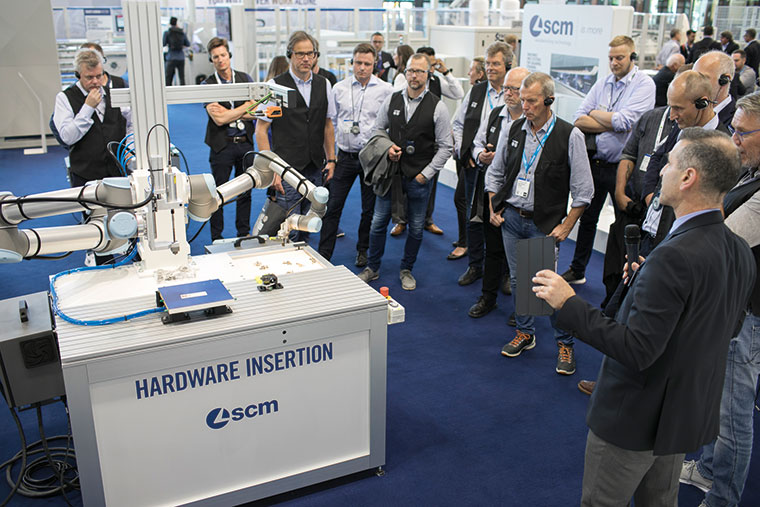 An intelligent but user-friendly factory, which the vast, international crowd at Ligna 2019 was given a chance to discover amongst the different operating cells and in its smarter mode thanks to the dozens of real time demos projected onto the huge LED wall in the SCM Arena, at the heart of the stand, made possible by an advanced system of video cameras installed directly in the SCM machinery processing and demonstration area. 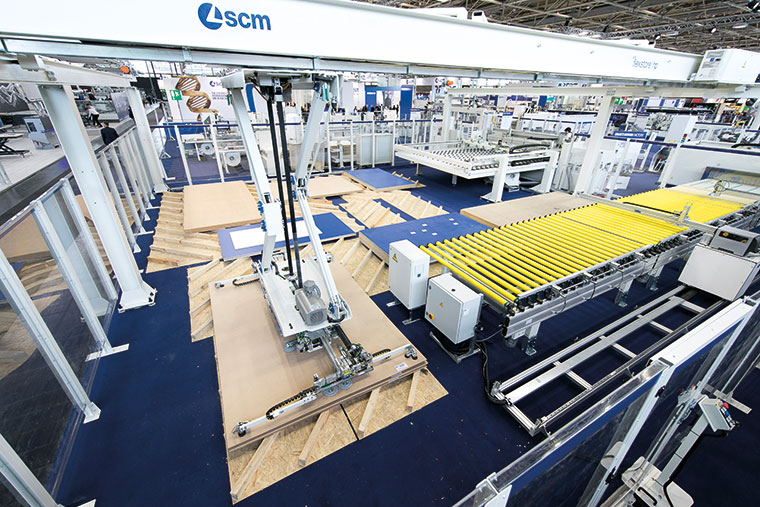 The return in terms of orders, deals and contacts on all product types was very high, including the new integrated solutions for surface treatments, proof of how the sector remains dynamic and strongly attracted to the most advanced Made-In-Italy technology. Great feedback from Germany too from all levels of the market, from the individual craftsman to large industries. 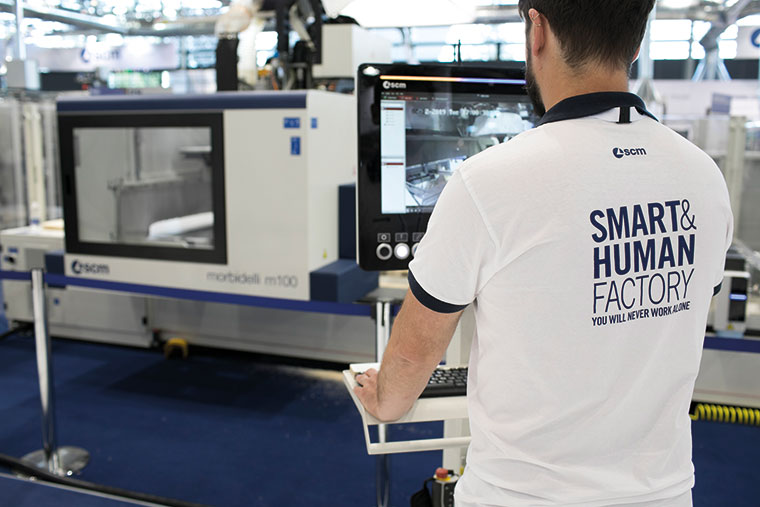 SCM was also honoured by a visit from the German Secretary of State at the Food and Agricultural Ministry, Hans-Joachim Fuchtel. Welcomed by Giovanni Gemmani, the chairman, Luigi De Vito, SCM’s division manager and Gian Luca Fariselli, communications manager, the secretary praised the vast range of technological solutions on display, unique at international level: from the new numerically-controlled machining centres for panels, solid wood and carpentry, right up to the most innovative integrated models for surface treatment.

A closer look was also taken at these models, together with the Superfici solutions on show in hall 16 by hundreds of visitors who took the Ligna guided tour organised by the fair.

The success encountered during the five days of the event was the icing on the cake to an exceptionally good year for SCM and the entire Italian group, world leader in technologies for machining a wide range of materials and industrial components. 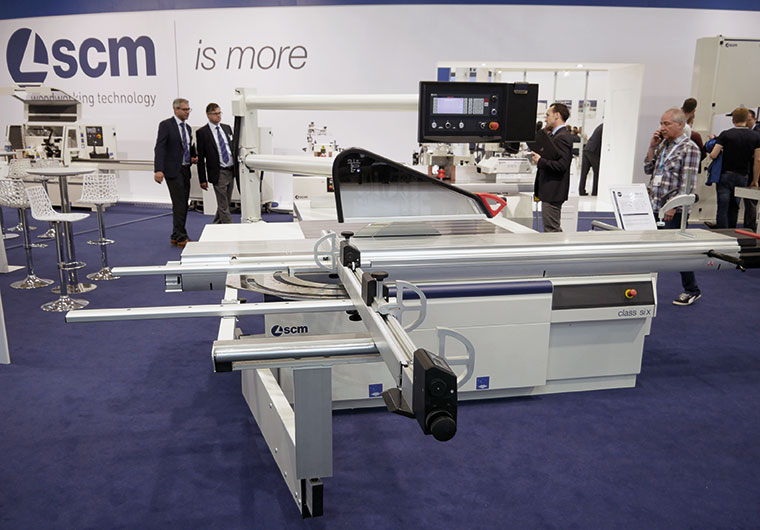 As Giovanni Gemmani and Luigi De Vito reminded us at the press conference held on 28th May at the stand, the SCM Group’s turnover at the end of 2018 was more than €700m and more than 70% of that was generated from the wood division with a growth rate in double figures compared to the previous years.

In 2018, the Italian Group acquired the American company DMS, specialising in machining plastic materials and composites. This was only a little over a year after the deal sealed with the German company HG Grimme.

In the first quarter of 2019, SCM recorded a sales increase both in Europe and other continents, thanks to an ever-expanding widespread presence in the key markets supporting the sales network and clientele, from large industries to craftsmen, on the subject of which, De Vito reminded the assembled press of the recent opening of the branch in Austria and the new headquarters in Switzerland, further confirming its commitment to the European market. 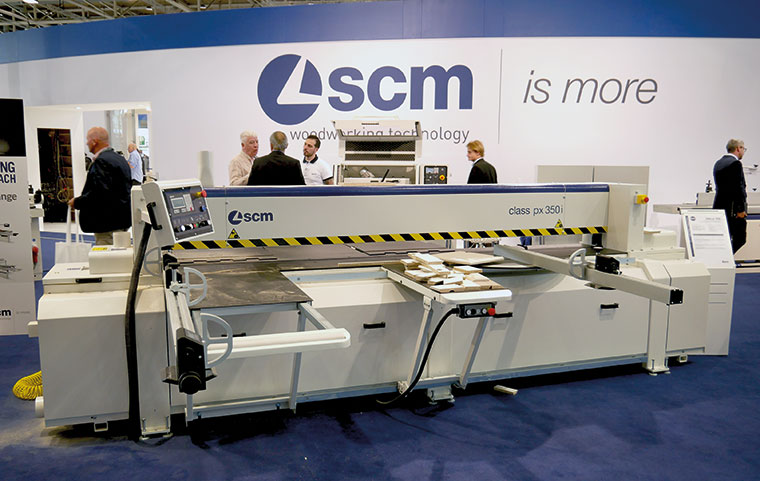 The framework for the German market outlined by Uwe Kosok, SCM Germany manager is also highly positive. During a press conference, he highlighted the increase in turnover (+24% at the end of 2018) as well as staff appointed to deal with after sales assistance (+20%).

SCM’s will to act first and foremost as a partner before being a manufacturer is proving increasingly more decisive in this market, as well as the desire to supply automated and turnkey solutions with the support of a specific SCM engineering team.

SCM presented new models for each wood machining stage at Ligna 2019. In the Smart&Human Factory which goes beyond the traditional automation systems with its flexible and modular cells that can be put together as the client wishes to meet the most varied of machining demands. 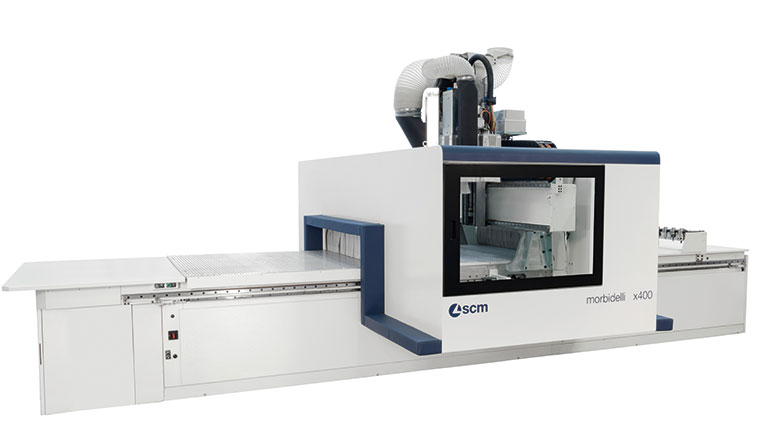 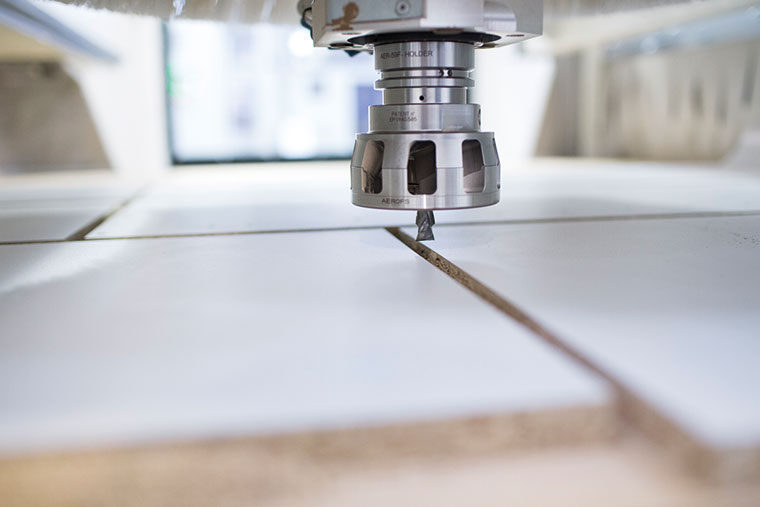 The DMC system sanding technology integrated with the Superfici spray painting systems and the new robotic glue applications as well as the new Sergiani 3d form press attracted a lot of attention at the surface treatment island. The new CNC hypsos and balestrini power machining centres for solid wood technologies were well received as was the Oikos x for carpentry work, thanks to its exclusive six-axes machining heads. 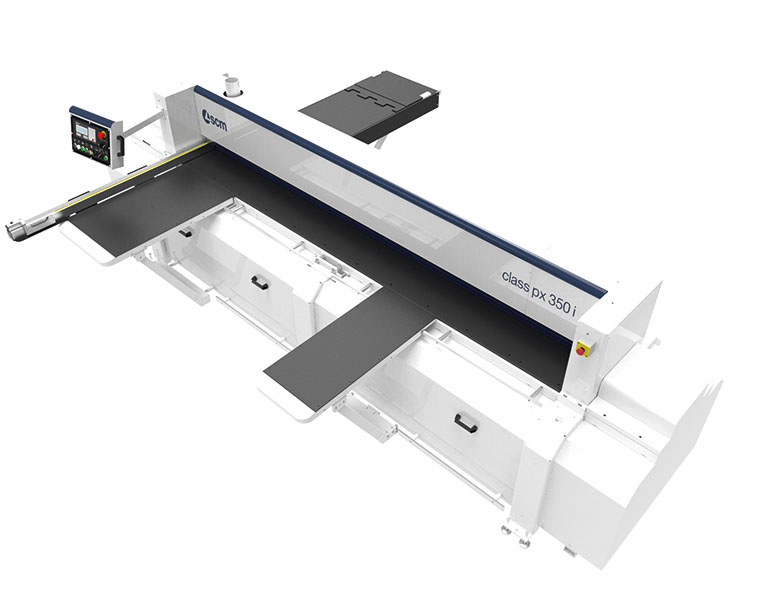 There were also plenty of new entries for joinery machinery starting with the new  Class px 350i mobile carriage circular saw. 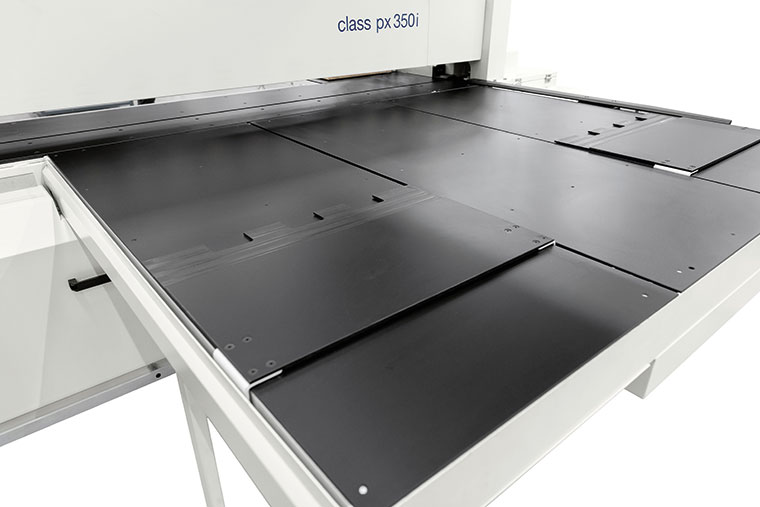 Digital took centre stage as one of SCM’s key new entries with the renewed Maestro Digital Systems that diversified and increased the offer in software and digital services.

The first ones involve two types of software: Maestro office, different office software for programming, management and data optimisation and Maestro active, the new HMI on the machinery, which received a special mention at the most recent German Design Award and which today presents itself with a look and feel that is unique to SCM technologies and a much easier and more intuitive user experience.

The digital services confirm the fundamental role played by the IoT Maestro Connect platform which, thanks to the constant analysis of the data being produced by the machines, provides instant access to a wide range of services such as remote technical support with augmented reality glasses, the purchase of spare parts on-line, predictive maintenance and numerous other services to considerably increase the effectiveness and efficiency of its production plant. 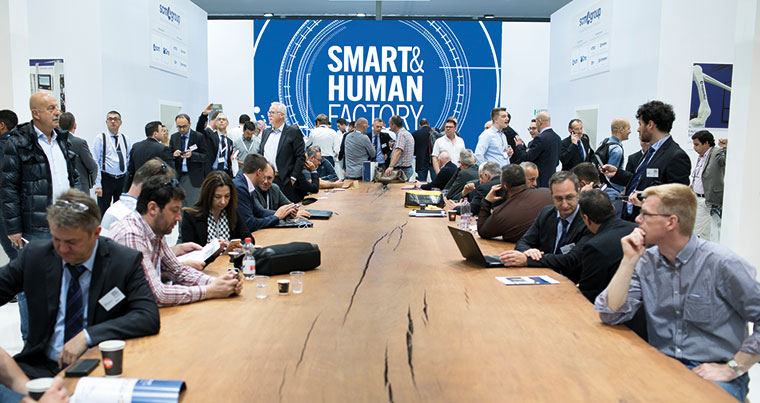 SCM’s stand was one of the busiest at the entire event. The vast exhibiting space was also rendered unique by the presence of a magnificent 12m table in ancient kauri wood, from the outstanding manufacturer Riva1920, designed by Renzo and Matteo Piano  – a symbolic choice that aimed to render the exhibiting area a place for meeting and dealing.