Before the breakout of Covid-19, Hoffmann Machine Company was invited to visit Newark College to demonstrate some of its range of machines and jointing system techniques to the joiners and carpenters of the future. As well as the Morso Notch Guillotine, Hoffmann demonstrated the Hoffmann MU-3, and the Hoffmann MU-3 with Face Frame Jig fitted. Present for the demonstrations were both full-time and apprentice students, as well as lecturers.

Hoffman UK director John Galvin gave a brief talk on the company’s history and ethos, and the development of Hoffmann’s machinery and the jointing system. 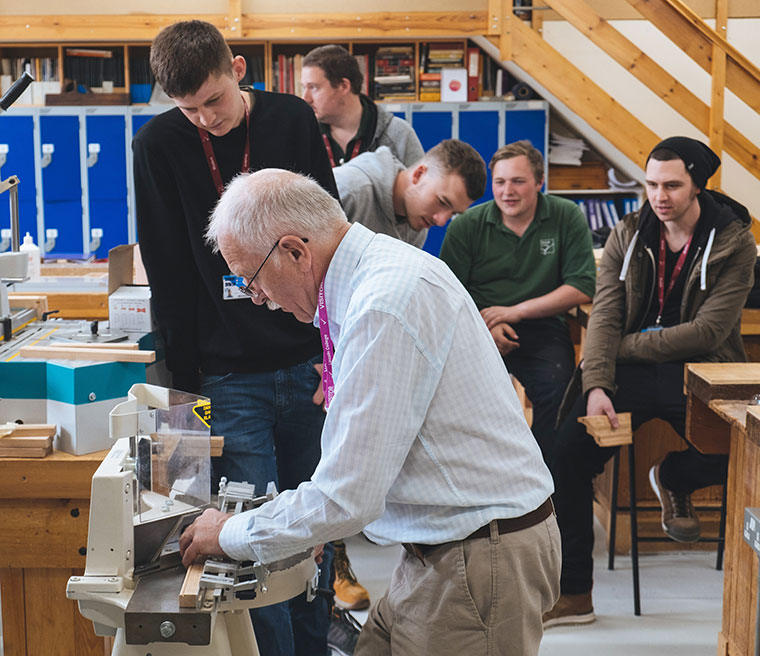 He then demonstrated a system to manufacture cabinet frames (as found in country-style kitchens) which use a beaded frame as a fine detail. Using the Morso Notch Guillotine and the MU-3 (with a jig fitted), a complete beaded face frame was produced in minutes – much to the amazement of the students and lecturers. 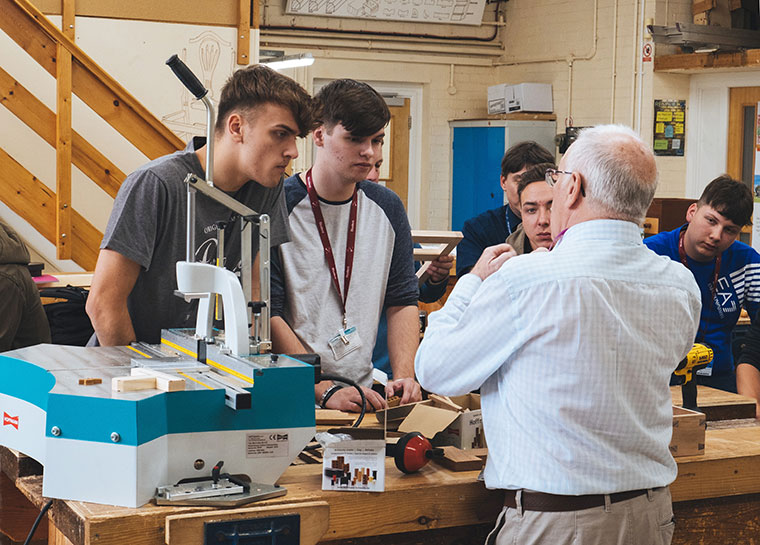 Furniture Studies lecturer Richard Preece comments: “The students really enjoyed the demonstrations, as they were being shown a system that was something new to them. They could actually put what they were learning in traditional furniture production into context, in terms of a more mechanised, time-saving process. One apprentice even asked for details to take back to his employers, as he could see the benefits the Hoffmann Dovetail System could bring to their own workplace.