Well-known bed manufacturer, Silentnight Beds, has been awarded the prestigious Manufacturing Guild Mark by The Furniture Makers’ Company, the City of London livery company and charity to the furnishing industry.

Silentnight Beds is the UK’s biggest bed manufacturer and an acknowledged superbrand. Silentnight beds and mattresses are manufactured in Barnoldswick, Lancashire.

Sponsored by Biesse Group and Lectra, the Manufacturing Guild Mark has been the mark of excellence, distinguishing Britain’s top furnishing manufacturers, since 1993. It is awarded to companies that demonstrate high standards across seven assessment criteria: design, product development and function, manufacture, human resources, financial stability, sustainability and sales and marketing. 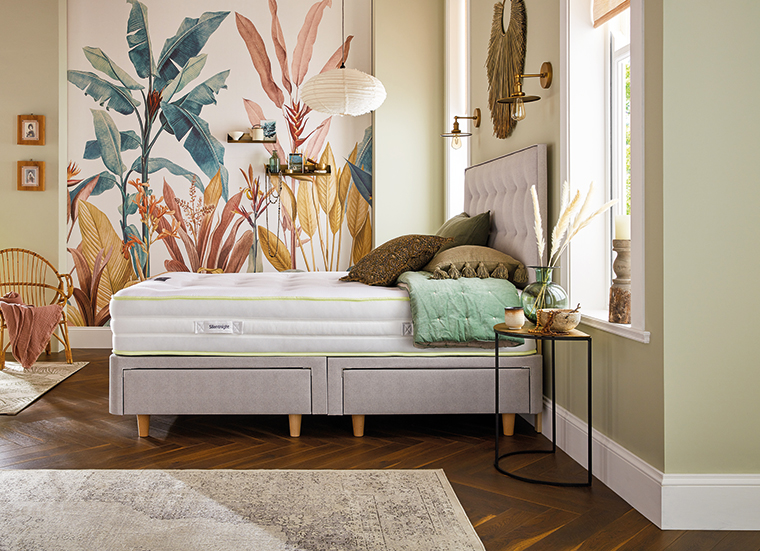 The mark is only open to companies that manufacture most of their products in the UK. Companies undergo an independent audit every three years by the Furniture Industry Research Association on behalf of The Furniture Makers’ Company to ensure their standards of operation remain high.

Tony Attard, senior warden of The Furniture Makers’ Company, awarded the Manufacturing Guild Mark to Colin Nicholas, operations manager at Silentnight, during a presentation at the manufacturer’s Barnoldswick site in August.

Colin Nicholas, operations manager at Silentnight, said: “Silentnight began life humbly in 1946 in the local town of Skipton, when Tom and Joan Clarke set up Clarke’s Mattresses. By 1949 the company had outgrown its small beginnings and relocated to our site in Barnoldswick where we have been ever since. In 1951 the name Silentnight was created. Even after over 70 years of manufacturing the company has never forgotten its roots as a close-knit family business.

“We believe the Manufacturing Guild Mark reflects the heritage, devotion and commitment to excellence Tom and Joan poured into the company when they began their journey. They always sought to create a business which not only made the best product they could for the customer, but also made the strongest sense of family for its workforce. As a business we are extremely proud to have been awarded the Manufacturing Guild Mark and will continue to uphold the extremely high standards required to achieve it.”