It has now been more than a quarter of a century since the Hoffmann key began its triumph as a multi-functional and economic constructional joining element. Its features of reliability, security and precision are recognised, worldwide, as its trademark.

The legendary routing machine, model MU, has been a permanent companion for many woodworkers for routing the grooves for the Hoffmann keys. Sustainability and value retention were some of the criteria for Hoffmann to make the popular MU-2 model fit for the next 25 years.

Structural changes in the markets as well as the expansion of the application areas have been the main reasons for updating routing machines in form and function.

Hoffmann has announced the special features of the newly-developed MU-XX model – full name to be revealed at Ligna:

Further machines to be displayed at Ligna include an NC-controlled multi-axis machining centre, MX-5 NC, double mitre saw, routing and drilling machine – now including a Bluetooth signal measuring rod, a functional combination double mitre saw/routing machine, MS-35 SF, for the simultaneous production of two exact mitre corners at 45° – now also available as double-mitre saw and dowel drilling machine and an automatic routing and drilling machine, PP-2-NC, with new features. But the main display feature will undoubtedly be the newly-developed MU-XX. 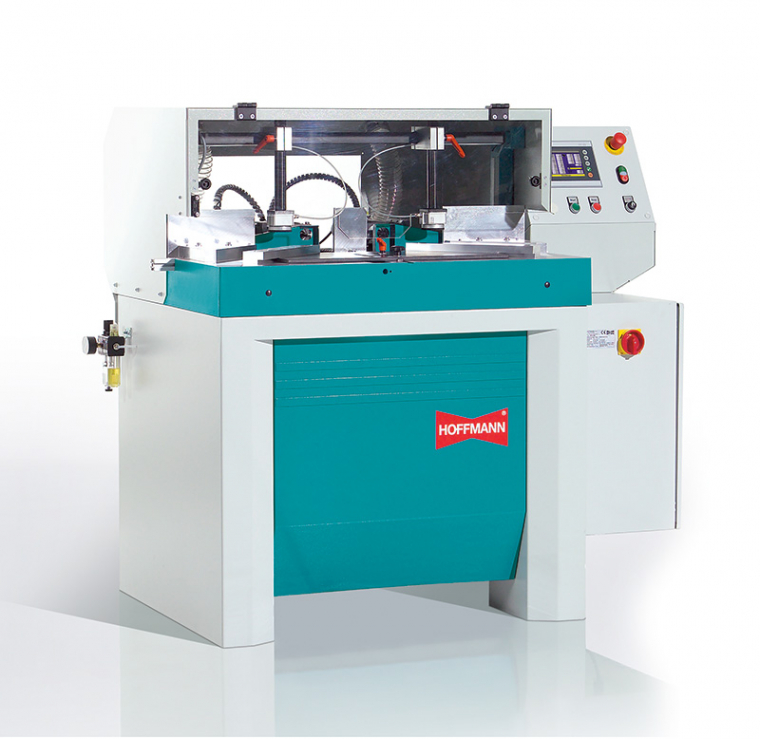 Hoffmann GmbH Maschinenbau will be at Ligna on stand B 28 in hall 13.