A world leader in sawing technology, the Italy-based Salvador has added two new products to its already impressive line-up of automatic crosscut saws – SuperUp, and SuperPush 150. Both models will shortly be available for viewing and demonstration in the Nottingham showroom of sole UK and Ireland distributor, Daltons Wadkin. 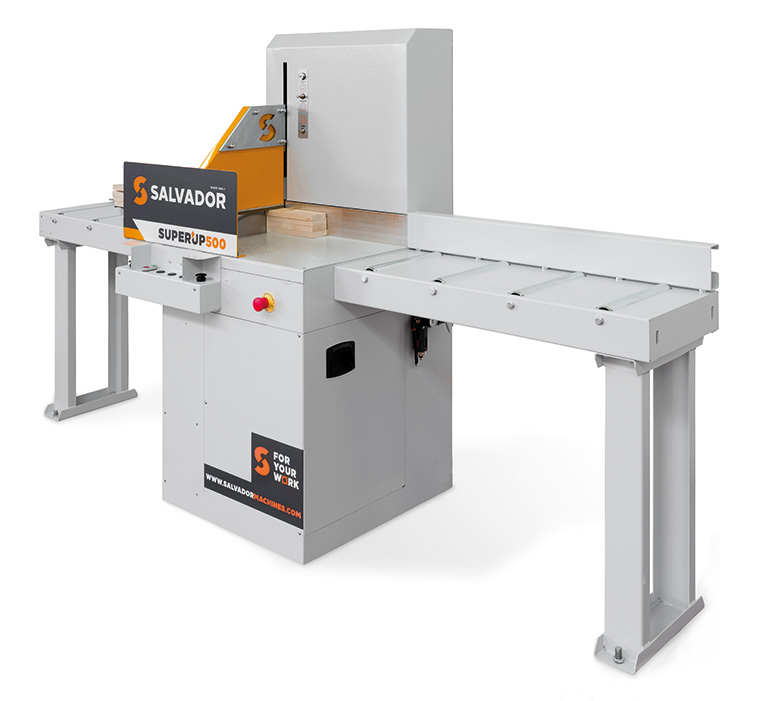 Replacing the Salvador Classic range of semi-automatic machines is the new SuperUp. The working principle of the machine remains the same, with safe, two-handed operator control – but the overall design is now stronger, with improved accessibility for maintenance and blade changing.

Pneumatic controls for regulation of the saw stroke are now conveniently located above the machine bed, making adjustment for varying material types/thicknesses simple. The added strength of the machine enables sawing capacities to be increased, with blade sizes of 500/550 and 600mm available.

The previous Classic model featured a fixed-front saw guard that encumbered machine loading and unloading in tight workspaces. The new SuperUp model now offers an optional automatic retracting front protection guard, allowing operators to front-load the machine across the saw line without having to manoeuvre the entire length of the workpiece onto the infeed table. 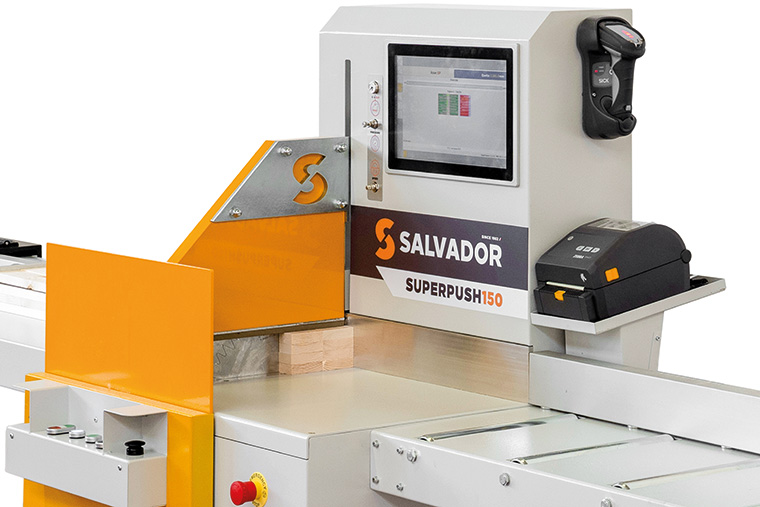 Infeed and outfeed tables can be specified in any length, with a choice of manual and pneumatically operated flip-down stops. For added productivity, the SuperPush 150 provides a fully programmable optimising stop system.

An evolution in crosscutting, the new Salvador SuperPush 150 combines the compact form factor of a manual machine with the programmable power of an automatic optimising crosscut saw. With competitive pricing and customisable specifications, now anyone carrying out crosscutting operations can take advantage of reduced labour costs, reduced waste, increased productivity, and increased accuracy.

Operators can be trained in minutes – no keyboard, no mouse. Operation is intuitive, using the large 15.6in touchscreen display and dedicated saw cycle buttons. Cutting lists can be quickly programmed at the machine, or imported from an office spreadsheet. 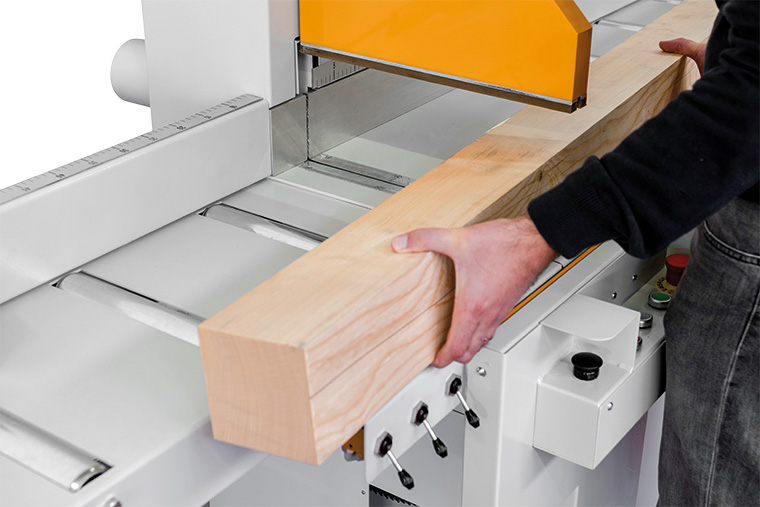 As standard, the SuperPush 150 features an automatic retracting front protection guard, allowing the machine to be front-loaded across the saw line, making the overall footprint considerably smaller.

The machine can be operated in one of three modes, push, stop or optimisation: push for working with repeat sizes or standard cutting lists; stop for ad-hoc fixed lengths; and optimisation for minimising waste from cutting lists.

The stop system is controlled by the latest Salvador optimising algorithm, powered by a digital servo motor driving a steel-reinforced toothed belt. The stop is continually monitored with real-time feedback – if a heavy workpiece knocks the stop during loading, it instantly corrects itself, ensuring precision cutting every time.

Further options include label printing for piece identification and a barcode scanner for the quick recall of cutting lists.