DCS steps up to the mark for stairmaker

When GD Woodworking moved to Rotherham, he called on DCS to help with planning the extraction set up.
Home / Projects / Articles / 2017 / February

Founded almost 30 years ago by Glyn Ducker, South Yorkshire-based joinery manufacturer GD Woodworking has relocated to a new manufacturing facility at Canklow Meadows Industrial Estate, to the south of Rotherham town centre and just a couple of minutes from junction 33 on the M1.

GD Woodworking specialises in the manufacture of timber staircases for many national house builders and commercial developers throughout the UK, and the company has gained a well-deserved reputation in the industry for high quality, large volume staircase production.

Over the years, a consistently burgeoning order book has driven investment in new machinery, which in turn has often necessitated extensions to the company’s previous home.

Continued growth finally precipitated the company’s decision to move to bigger premises in 2016 and, although the new factory was just a five-mile trip down the A630, a production facility manned by a dedicated workforce of some 70 staff, along with over 30 woodworking machines, had to be relocated – with no perceptible interruption to production. 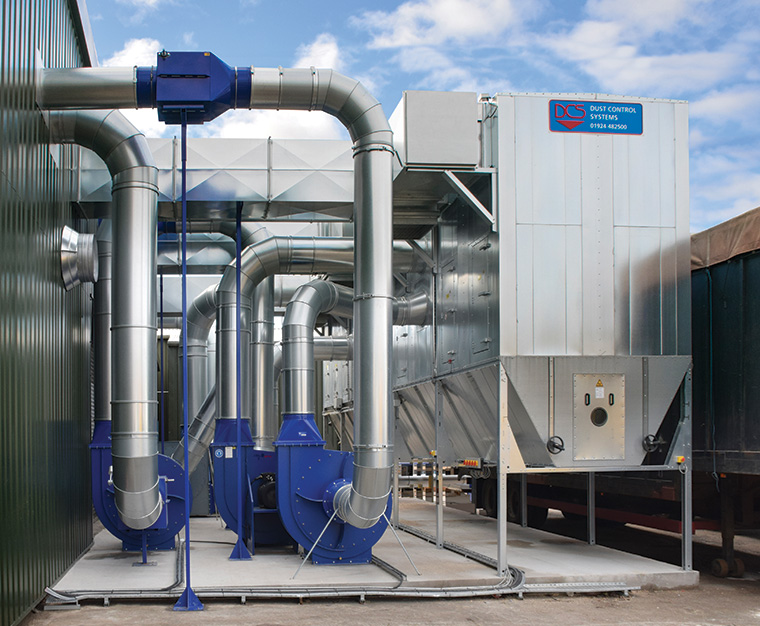 The DCS modular filter, now extended from a three-plus-one filter to an eight-plus-two filter configuration, provides GD Woodworking with an airflow capacity of 80,000m3/hr

s well as several CNC machines, the company’s armoury of production machinery includes planer moulders, plus a variety of saws and sanders, along with a host of other classical stairmaking equipment, a spray booth and drying enclosure.

A vital factor in achieving continuous production would be the provision of effective dust extraction from day one at the new site, and Glyn Ducker had no hesitation in discussing the planned move with Dust Control Systems Ltd (DCS). “DCS have supplied and maintained the dust extraction plant at GD Woodworking for many years,” says Glyn, “and we were confident that they would provide us with the best solution to our extraction requirements at the new site.” 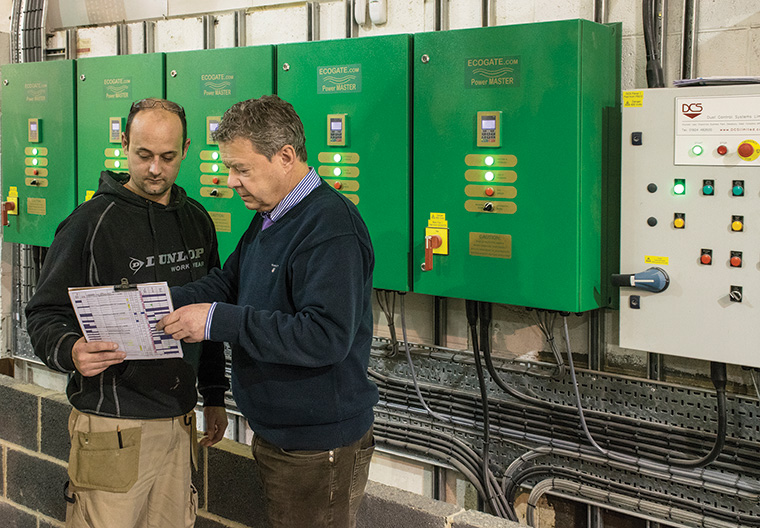 ompany sales manager for DCS, Andy Hives, first discussed the project with Glyn back in August: “From the outset Glyn explained that he was looking for a solution that would utilise as much of the existing extraction plant as possible, but that cessation of production was not going to be an option.”

Less than three years ago, DCS had installed an Ecogate energy-saving system and increased overall extraction capacity to around 60,000m3/hr with the addition of a new 22,000m3/hr modular filter unit, and Glyn was keen that these assets should be incorporated in the new system.

With a blank canvas of over 30,000ft2 of manufacturing space to work with, the engineering design team at DCS formulated a plan to transfer key plant and machinery over a four-week period; allowing production to be undertaken concurrently at both sites.

A final five-day window, at the end of November, was set aside to install remaining machines and fully commission the extraction system.

“Before the transfer of any woodworking machines commenced, DCS installed a complete ductwork system at the new site,” explains Andy.

“Additionally, an extension for the existing filter unit was assembled and sited in readiness, and a transport loop system was installed which would transfer filtered waste to two bulk collection trailers.”

The extraction volume requirement at the new factory would be 80,000m3/hr, supplied by a bank of five extraction fans, with each fan being independently controlled by an Ecogate PowerMASTER variable speed drive with integral greenBOX 12+.

To complete the line-up DCS supplied an additional Ecogate PowerMASTER unit and two new extraction fans – all four of the existing PowerMASTER units were utilised in the new system, along with three existing fans. 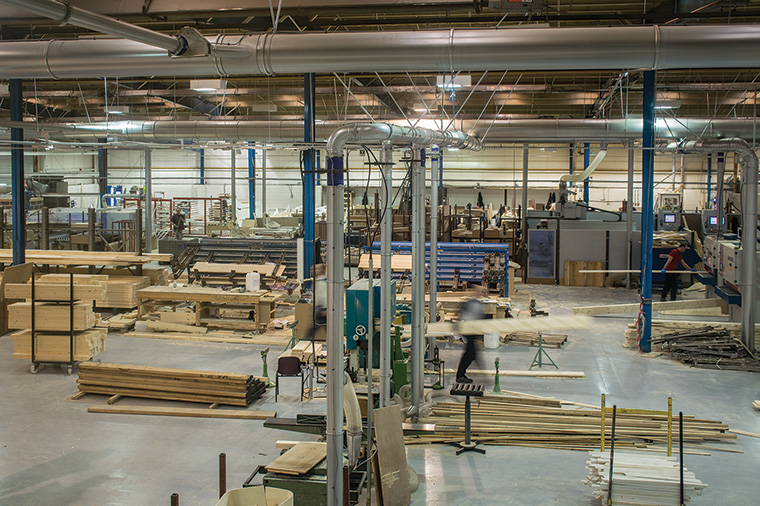 The modular filter unit employs patented antistatic Superbag filter media, and features regeneration cleaning fans which travel across the top of the unit and blow reverse air down the internal area of the tubular filter bags – detaching dust from the filter media and allowing it to fall into the hopper below.

Collected waste is delivered pressure-free, via a rotary valve, and transferred by a closed-loop waste transport system to the manually-selected collection trailer.

As recommended by ATEX regulations, the system is also protected by the inclusion of back pressure explosion isolation flap valves which, in the event of an explosion, are designed to prevent the effect of a pressure wave and flames from travelling back along the ductwork in which it is mounted and into the factory.

With all preparatory work at the new site completed, and a DCS MTFA Mk VI multi-bag filter unit in place to provide immediate temporary extraction, one CNC machine a week, for the next four weeks, was relocated and commissioned. However, the planned ‘Wednesday-to-Sunday window for final installation and commissioning effectively became three days, as production work at the old site overran, with some machines still running right up to the Friday.

Glyn Ducker has nothing but praise for the DCS team who were available throughout to connect woodworking machines to the extraction system as they arrived on-site, and complete final assembly and commissioning of the extended filter unit: “The planning and hard work enabled us to be fully operational again on the Monday – and it’s all credit to DCS that, whilst moving premises, we actually manufactured more staircases in November 2016 than in any month previous.”

Andy Hives concludes: “At the new site, GD Woodworking has an additional 45,000ft2 of space available which will allow the company to more than double its production capacity. With this potential in mind, the new extraction system DCS have installed is designed to accommodate further expansion.”