After taking its first steps in five-axis machining, a high-end, top quality furniture manufacturer quickly realised it was its best way forward, and also invested in a machine with two five-axis heads, which is the first one of its kind in the UK.

Having used eight older CMS three-axis single table and twin table machines for a number of years, Ercol Furniture researched how technology could help it react to customers’ requirements quicker.

Roy Graves, who manages operations which support the entire factory, looked specifically at machining and CNC programming, and opted for the Alphacam solution from Vero Software. “Once we’d decided to go down the five-axis route we knew we’d need a software that could optimise our machine so we could meet ever-shortening lead times. We particularly liked the Alphacam technology and what we could do with it and how we could manipulate toolpaths effectively with it.” 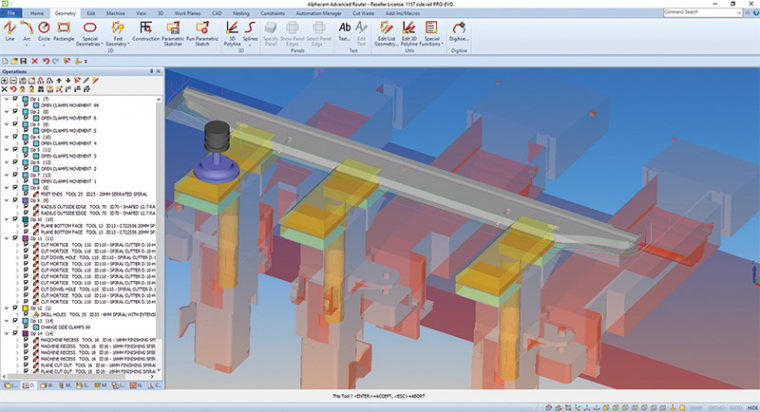 He says that after setting up a powerful CMS Ares machine, there was “a lot of trepidation” about driving the five-axis simultaneously, but they quickly discovered how easily Alphacam produced the complex toolpaths.

“It meant we saw immediate benefits in what we were able to machine. The accuracy of driving it into different work planes, and simulating the full five-axis cutting cycle was so simple and meant we developed our processes, improving considerably on the three-axis methods we were using previously.” 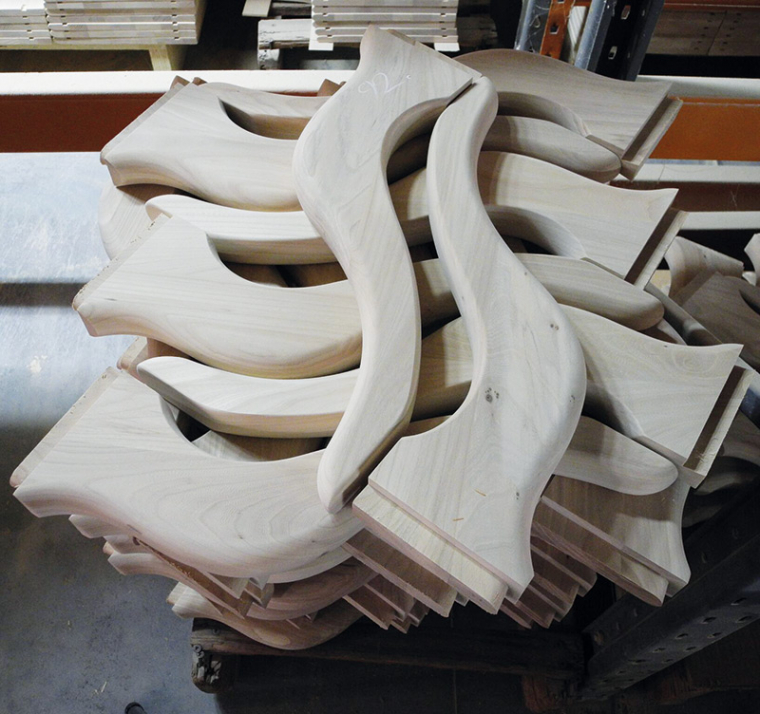 Ercol was founded in 1920, originally based in High Wycombe, before moving to the current 160,000 sq ft, purpose-built factory and showroom in nearby Princes Risborough in 2002. The Ercol brand of high quality, solid hardwood products includes tables, chairs, cabinets and upholstered furniture for dining rooms, living rooms, bedrooms and home offices, and is sold at outlets such as Furniture Village, Barker & Stonehouse and independent retailers.

Alphacam produces its parts to a very high tolerance, ensuring perfect aesthetics and ease of assembly. “It’s extremely important to be able to guarantee the correct location of individual sticks, legs, backrests and rails, so they meet other components at the right place and at the right angle,” says Roy. 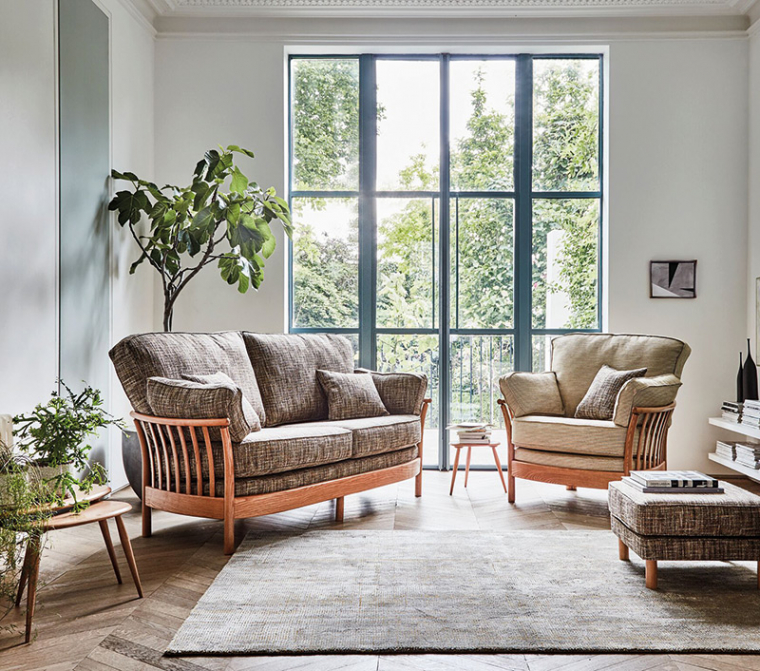 Following their success with the Ares, they have now invested in a CMS Pro Evolution machine with two five-axis heads – the first one of its kind in the UK. “It’s based on a rail module system which takes the components into the machining centre, carries out the first part of the machining, and then exchanges them on the rail displaying the other side for the machining to continue. It’s a fully automated process, and controlled through Alphacam.”

Working largely with ash and oak, along with smaller quantities of beech and walnut around 90% of its components are now programmed with Alphacam for cutting on the CNC machine tools.

Roy continues: “We manufacture wholly to customer orders. In an average week we’ll produce around 300 orders, each consisting of a number of products – and many of those separate products will comprise between ten and 25 individual components. So we’re machining a total of around 2500 parts a week.”

Roy says this would be impossible without Alphacam.

“It not only saves up to 30% on time, but because of its accuracy we’re machining everything correctly first time every time. It’s also helped reduce waste, and provides faster set-ups.”

For CNC programmer Kieran Gunn, the Pro Evolution led to a major change in his job role. “I feel really privileged, as I’ve been given responsibility to create all the parts that go on it. I find it exciting that I’m writing programs for the first machine of its kind in the country.

“Previously, I was a setter, just loading and operating the three-axis machines. But now, I’ve been trained in programming with Alphacam and I have much more input in creating the individual pieces that are assembled together to make the finished furniture,” says Kieran.

The components are designed in SolidWorks, and once he has imported the CAD file into Alphacam he creates a bounding box so that he knows the full dimensions of the part.

“I add extra stock so I know the size of the blank pieces of rail I’m going to put into the machine. Then I reposition the model and assign the material. After that, I put it into reference points in Alphacam where it’ll be loaded into the machine.”

Kieran finds Alphacam’s solid feature extraction function especially useful for taking a face and projecting the edges to the work plane. “I use work planes regularly for the different sides of the part – and machining styles are also useful to help me work quicker and use similar toolpaths and styles, particularly for mortise and tenon joints.”

“There are many ways of achieving the same result. I might work on a part in a certain way, and someone else may use a different method to achieve it.”

A point echoed by Kevin Dover, who programs the CMS Ares, and assists on the Pro Evolution. He, too, was a machine setter before Ercol Furniture began its five-axis journey with Alphacam and the Ares in 2015. Now he mainly programs seat frames, along with a number of components from the bending shop, such as arms and back rails for stacking chairs, which he says require more complex programs. He imports the SolidWorks file into Alphacam, uses the feature extraction function to finalise geometry parameters, and assigns tools before outputting the post.

“Whether I’m programming for the Ares or the Pro Evolution, Alphacam’s versatility means it communicates successfully with different types of machines,” explains Kevin.

Roy Graves concludes: “Using Alphacam with the Ares and Pro Evolution gives us much faster cycle times. We can now start to look at reducing our batch sizes, and get down to single batch production.

“We’re typically looking to use the improved machining process to change our production methods further downstream on the shop floor. That will enable us to load the factory more often, meaning we can respond quicker, improving our customer turnaround times even more.”