“You can have the best performing woodworking machines, but without dust extraction you’ll get nowhere!"
Home / Projects / Articles / 2018 / November

Geert Hermes launched his own woodworking company in 1995. Some 23 years later he’s still in business – in Nistelrode in the Netherlands with 17 employees. Geert’s been keeping his factory clean and safe with a Modesta chain filter for 14 years.

We meet Geert Hermes, owner and founder of G Hermes Joinery, in his office in Nistelrode. This is where he moved in 2007 when the original factory became too small to house his growing business.

From here he produces and delivers wooden window frames, windows, doors, folding walls and sliding doors, for both consumers and businesses. Geert specialises in façade units in various wood types, like mahogany, merbau and accoya.

Many of his products go to contractors and construction companies, used in non-residential constructions, new building projects and house renovations, among others; the rest go to consumers who might need a new window frame, for instance. 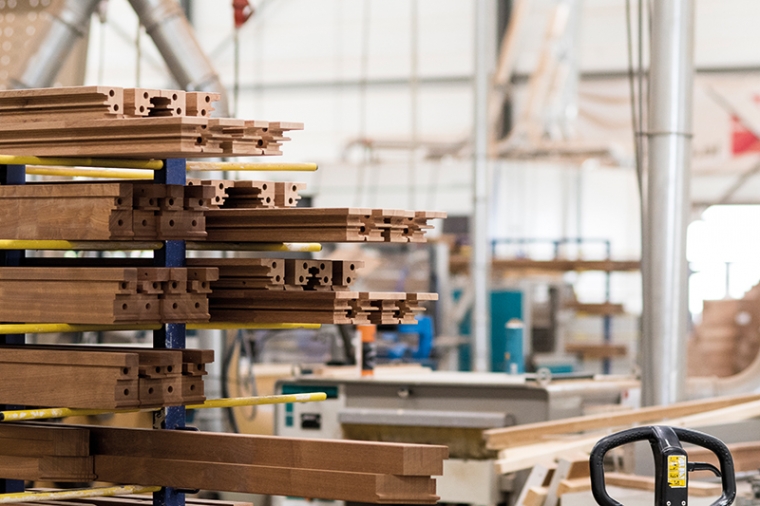 Living up to expectations

Geert was no stranger to the woodworking industry when he launched his business in 1995. He had operated a woodworking factory for years alongside his father and younger brother. After a decade and at the age of 28 he decided to leave and do something else, but, as he likes to put it himself, “Carpentry never lost its charm.”

When he found the perfect location in Nistelrode two years later, he decided to take the plunge and start his own business. “I knew the market, the customers and suppliers, and I knew where to go. I just needed to live up to their expectations.” After two months he hired his first employee, and in the first year he hired another five. 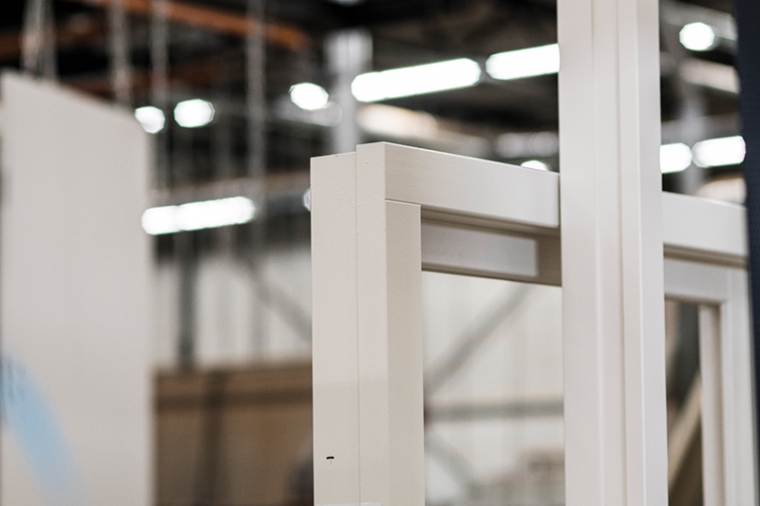 Geert and his team saw the wood industry change over the years. “We started to get more and more small orders instead of a few big ones.” The reason was an increase in consumers buying directly from him, but also changes in the housing market.

As Geert explains, where a new block of houses would previously be built in one go, and he would have to deliver a large order of window frames and doors, projects would now be completed in several, smaller steps. Geert also notices a shift in what happens behind a computer and what’s done on the factory floor: “Before, I’d give the plan of a house to one of my carpenters to get to work. I’d make some notes, add some explanation here and there, and trusted he knew what to do. Nowadays I have to prepare the data completely beforehand and make sure every detail is right, because the drawing goes into the machine. There’s not that much manual work involved any more.” 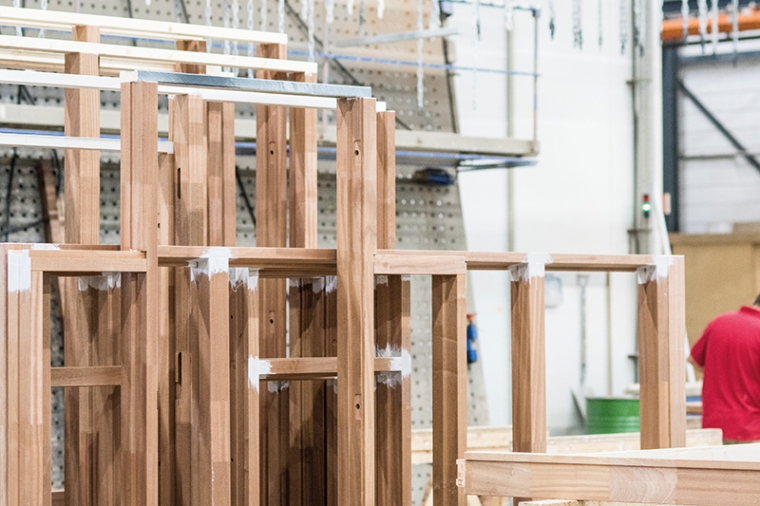 What didn’t change is the importance of good dust extraction. “Safety standards become increasingly more demanding and machines are packed with sensors. You can have the most beautiful woodworking machines, but without dust extraction you’ll get nowhere,” says Geert.

His company grew steadily through several expansions, but the biggest step forward occurred in 2004: he leapt ahead with automation and his filter system’s capacity became inadequate.

That’s where Modesta came in. Geert explains: “I was aware of them because they were quite well known in the industry.” At the time he was using a system delivered by another company, but it had experienced plenty of problems.

“There was always something wrong. We had to halt our machines on a regular basis because of problems with the dust extraction. When that happens we could be looking at two days of stock before all my workers would be left standing empty-handed on the factory floor. I decided to invest in a Modesta filter system to stop this from happening.” 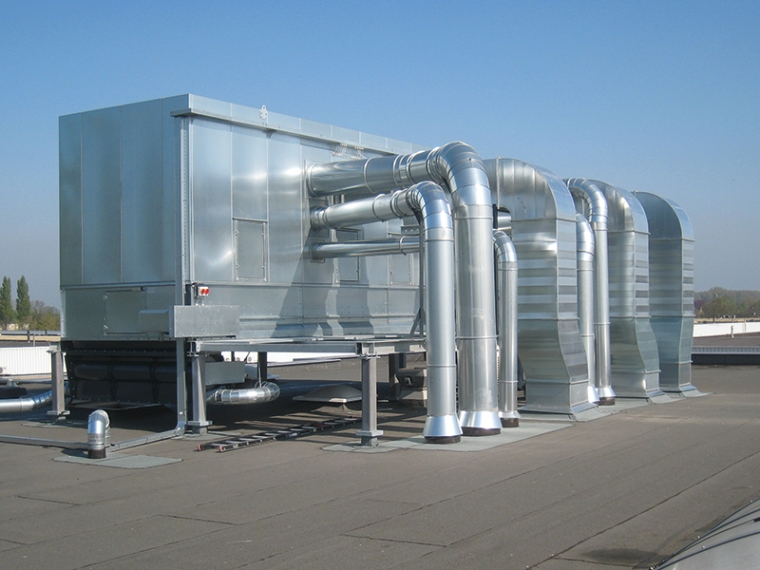 Geert uses a chain filter with a Reddler chain to remove sawdust from the factory floor safely and without concerns. Once he had bought that first machine he never looked back.

“I was very satisfied with Modesta right from the start. Their operational reliability and service make the difference,” he says. In the 14 years he’s been using Modesta’s expertise, his production hasn’t stood still for a day.

“All we have had is one machine failure on a winter day because of the cold, but when it happened, Modesta’s service team made sure the problem was fixed in no time.” 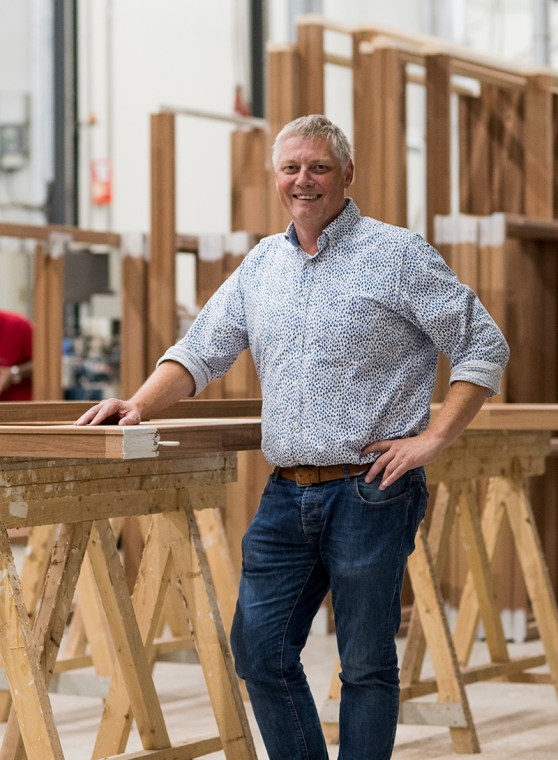 Another advantage is the modular set-up of the machines, says Geert. “The good thing about those several small motors is that the system can keep operating at all times.” Geert’s point of contact has always been Jan Plette, with whom he’s still in regular touch.

He’s also very happy with the services of the technicians. “It’s a good thing that it’s always the same guys who come over for the installation and maintenance. They have a lot of knowledge and deliver a good job.”

A Modesta filter system is an investment he admits. “But it’s totally worth it – when you experience the disadvantages of unexpected interruptions, you’re ready to invest in a Modesta system.”

What would he like to advise potential customers about to take their factories to the next level? “Don’t hesitate. The most important thing is that you’ll always be able to keep your factory running. And Modesta makes sure of that.”