Ercol Furniture is one of the best known and most respected UK manufacturers of quality wood furniture. The company was founded in 1920 by a young Italian called Lucian Ercolani, whose single goal was to make furniture that was well designed and expertly created by craftsmen who really took pride in their work.

Fast forward nearly 100 years and those guiding principles are still very much at the heart of the company which has managed to combine traditional values with modern manufacturing techniques. To this end Ercol has, in recent years, made significant investments in some of the best, state-of-the-art CNC machinery that is available. 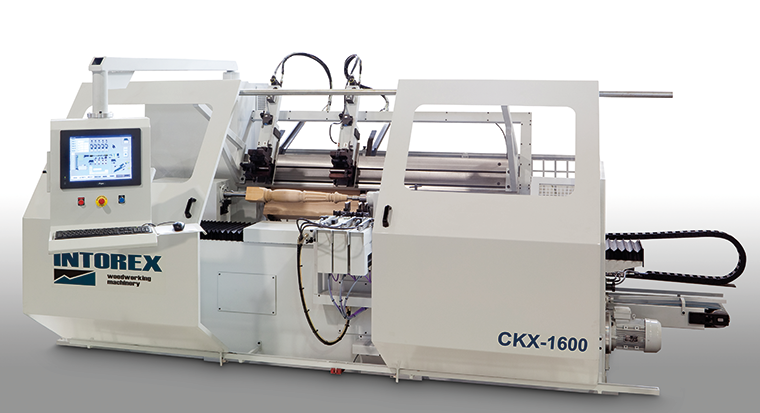 The latest additions have been a new Intorex CNC wood-turning lathe and CNC sander for the production of its turned chair, table and sofa feet components in oak, ash and walnut which are an integral design feature in many of the products Ercol produces.

It was some years ago that the Ercol production team recognised that it needed to upgrade from its old Hempel lathes, which, whilst still operational were starting to give some problems both mechanically and also from a health and safety point of view.

Ercol operations director, Ian Peers, engineering manager Mick Platt and operations support manager, Roy Graves, put together a specification of machine that they hoped would meet their requirements and visited a number of trade fairs to talk to prospective suppliers.

As a result of this a visit, to the Intorex factory, located just outside Barcelona, was arranged to see various models of lathe in operation. After further detailed discussions a model and specification was settled on, including some special adaptions specifically requested by Ercol. 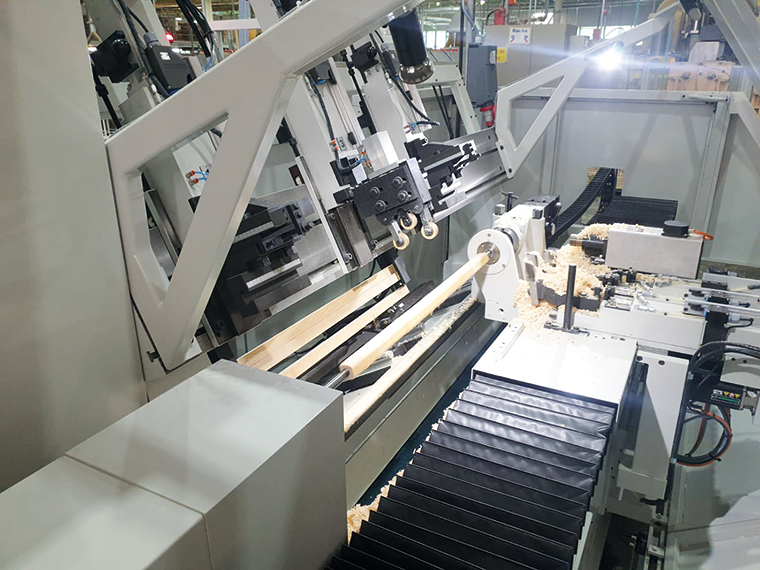 The lathe was a top-of-the-range CNX 1600 high speed model with automatic hopper feed loading. As standard the machine is equipped with two independent CNC controlled gouges and two rear hydraulic back knives whose operation is controlled through the program. To suit some of the turned components Ercol producess the CNX would need to be fitted with a number of additional features, the main one being a fourth CNC-controlled axis allowing for a router unit to be fitted.

Traditionally the router head is used for producing fluted or twisted designs, but in this case Ercol wanted it to drill holes both straight and angled in the turned component. (These are for fitting the cross rails in chairs.)

After a detailed study and simulation in the design office, Intorex confirmed this could be done with the hole position, angle, depth and number of holes set through the CN program. As almost all of the parts are fully turned, the CNX has the added advantage of having a pre-rounding tool fitted before the steady, thus giving an additional cutting gouge, making three in total. However this pre-rounding gouge usually has hydraulic operation and has to be mechanically set.

Due to the number of different size square blanks Ercol wanted to turn, Intorex was able to make this unit also CNC controlled meaning no manual setting was required! Lastly, although the rear dowel knife units are in the main used for producing a dowel or 90° square shoulder at the end/s of the turning, an additional three roller pneumatic steady can be fitted which is used to give extra support to the very thin chair back spindles which Ercol also produces.

Once the specification of the lathe was agreed, matters then moved on to sanding the turned components. Although there is an option to have a sanding unit fitted on the lathe, it was decided that a dedicated rotary sander would be needed to keep up with the production output of the lathe, whilst also giving a very high quality finish to the turned part. Intorex suggested its rotary seven position CNC-controlled CKX 1600 model that uses the same intorEDIT design software as the lathe.

This meant that once the profiles had been created for the lathe, the same ones could then be used on the sander. 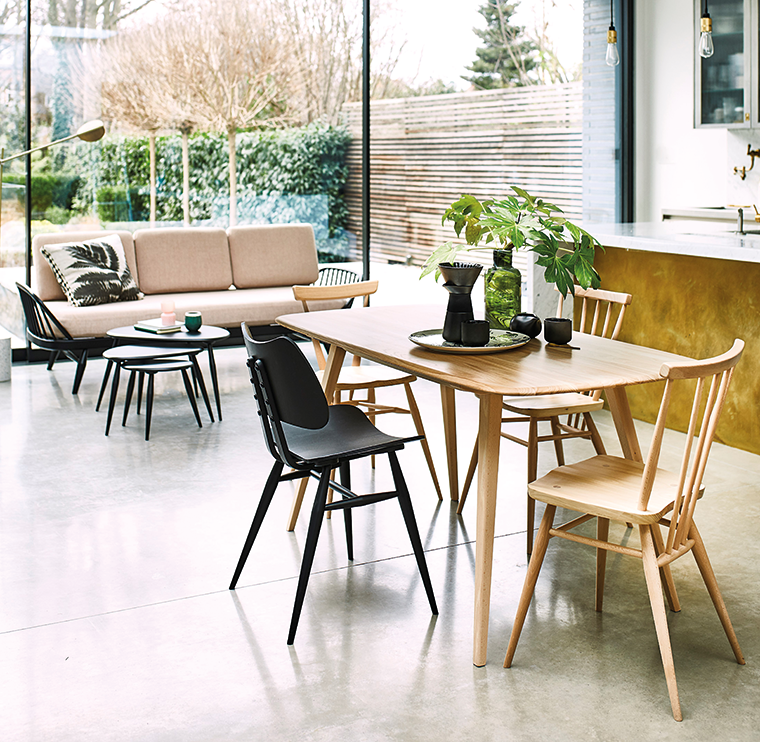 As standard, the Intorex LNX 1500 has two independently CNC-controlled flat-belt sanding units together with mechanical oscillating brush back sanding units. After seeing a machine in operation local to the Intorex factory, a final specification was agreed, again including some features specifically requested by Ercol.

Shortly after its return to the UK, Ercol placed an order for both machines through exclusive UK agent JJ Smith. They were delivered and installed on time in July and prior to dispatch three people from Ercol went over to Intorex for a week’s training at the factory.

Ercol’s Roy Graves comments: “From the very first time myself and Mick Platt started to talk with JJ Smith and Intorex we had a good feeling that they understood our requirements and were very open to suggestions we made for specific modifications to suit our production needs.”

“However the real proof came when we visited the Intorex factory to see the machines in operation, time their production and see first hand the quality of turning we could expect to acheive. Also I have to say the training at the Intorex factory went extremely well and nothing was too much trouble,” adds production manager Brian Alman.

“The Intorex lathe and sander have now been installed several months and we have been very pleased with their performance. They are quick to set up and produce very accurate turned parts with an excellent sanded finish.”

JJ Smith sales director, Guy Stanley, concludes: “We regard it is a real feather in our cap that a company of Ercol’s standing selected to work with us on this project. It is also a credit to Intorex that they were able to find some non-standard technical solutions that Ercol specifically asked for.”