Irish KBB manufacturer calls on Modesta to help out a with a 'proper' dust extraction system and duly sorted them out within a matter of weeks.
Home / Projects / Articles / 2019 / December

Cherrymore is a big player in the Irish kitchen and bedroom market, both for consumers and wholesale companies. Production manager Martin McLaughlin was looking for a proper dust extraction solution for their recently expanded warehouse in Donegal Town. After meeting Modesta at the end of 2018, the new filter system was up and running by March 2019. Martin tells us about the collaboration and his experiences so far. 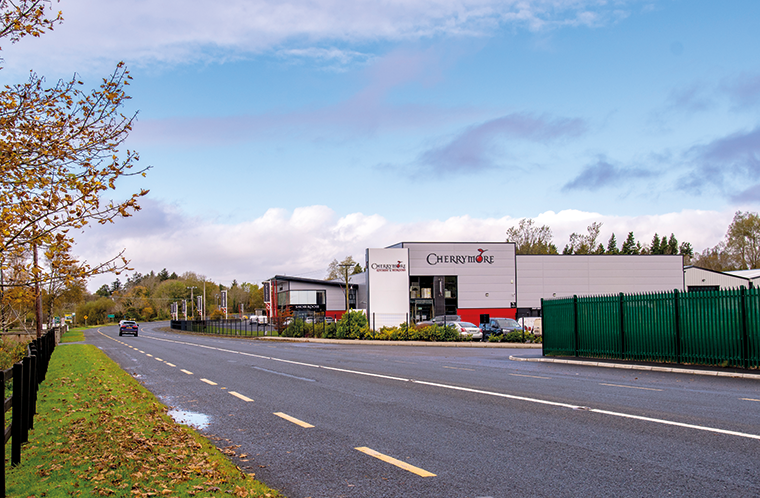 Seeing Cherrymore’s state-of-the art premises at the headquarters in Donegal Town, it’s hard to imagine how Martin and Harry McLaughlin started out 23 years ago, from the garage of their home.

“We were both young and enthusiastic and saw a niche in the market,” Martin says from his office. The brothers had to borrow some money to be able to buy their first machines, but soon their business started to grow steadily. After less than two years, they hired their first employee, who still works for Cherrymore today. 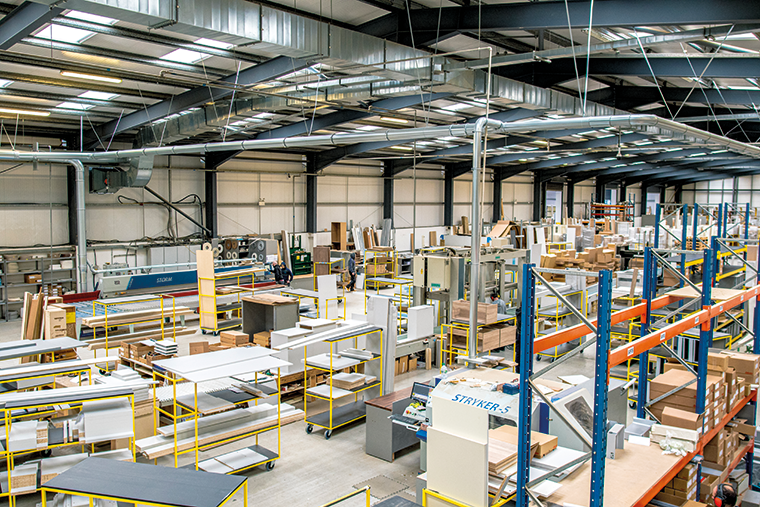 The company now operates from two warehouses, in Donegal Town and Ballybofey, of 14,000m2 in total alongside five different consumer showrooms in the area. Thanks to Cherrymore’s two-folded focus on both trade and retail, the company can cater for any kind of customer – from a family that wants a new kitchen for their home to a residential development project of 500 kitchens.

The brothers still lead the company together, Martin as its production manager and Harry as its commercial manager.

The bigger the factory, the more dust and waste is released on a daily basis and the more important it is to have a great dust extraction solution in place.

“A big part of my job is monitoring extraction, taking care of our company’s waste,” says Martin. “We have a lot of saw dust. That wasn’t much of a problem when we were still operating from our garage, but when you get to a certain level and size, waste becomes a real problem if it’s not managed properly.” 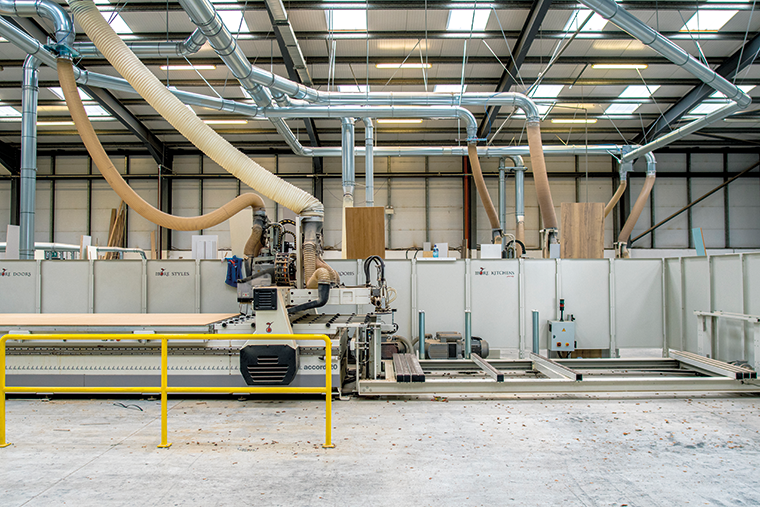 Before they came in contact with Modesta, Cherrymore was using a filter system that included many add-ons that were put in place over time. “The biggest problem were the unreliable motors: they had to be changed quite regularly,” explains Martin. He was ready for something new that solved his waste problem in a more efficient way.

That’s when he heard about Modesta. The first time representatives of the two companies had a chat was during the W Exhibition at the end of 2018. “I saw many different dust extraction solutions at the fair, but none of them really appealed to me,” says Martin. However, his first impression of Modesta was positive. 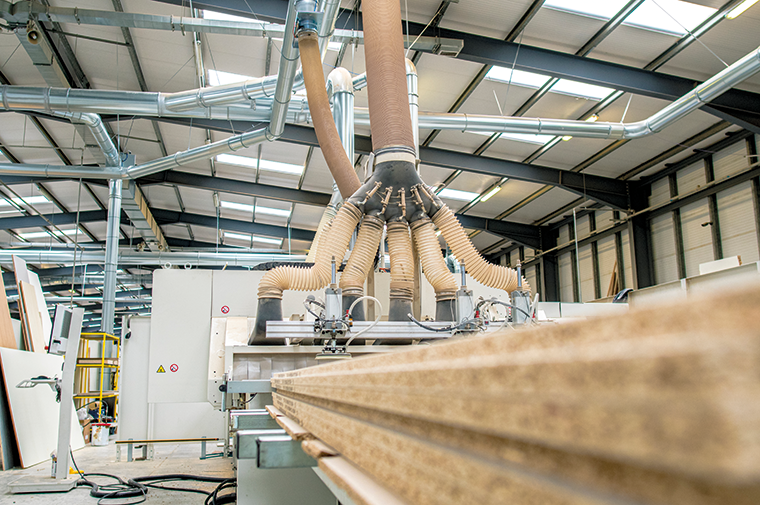 “The solutions were explained to us in depth and it seemed like the right fit for our factory.” He also received a recommendation from Trade Mouldings, an industry peer who got their first Modesta filter in 2011 and was happy with the solution. “In our industry, word of mouth is very important,” explains Martin.

Although a personal recommendation can be very convincing, this was not the only reason Martin opted for a Modesta solution. Their previous system was having problems with its motors, which had to be changed regularly because they were on the dirty side of the filter. In Modesta’s systems, motors are placed on the clean side which results in less motor problems. 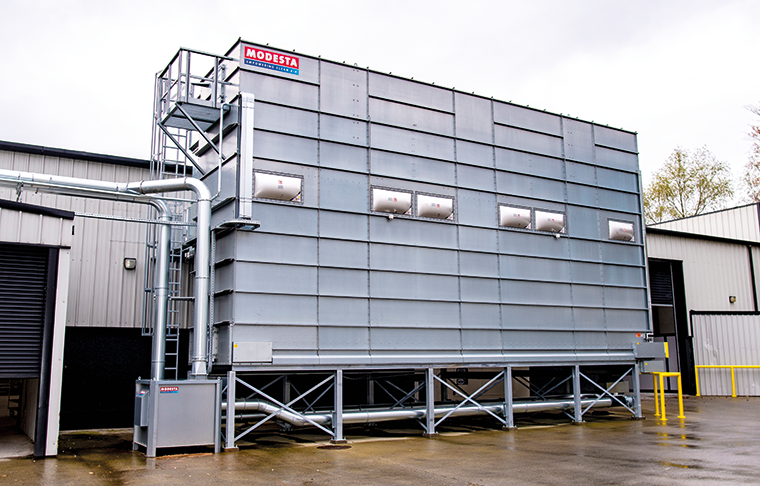 On top of that, Martin appreciated the environmentally-conscious way Modesta deals with heat disposal: they recover the heat created during production and use it to warm the factory.

More importantly, Martin found that all the people involved in the project were very professional. He specifically names Johan, one of Modesta’s mechanics, and Eddy, the project manager. “They are really skilled people. In the end, they do the job; not the company’s management, so we were really happy with the level of competence.”

By March 2019, the complete filter installation was put to use in Cherrymore’s warehouse. The factory didn’t suffer any downtime because most of the installation was done over the weekends and during bank holidays. Also, the old systems were moved outside so they could keep on running. 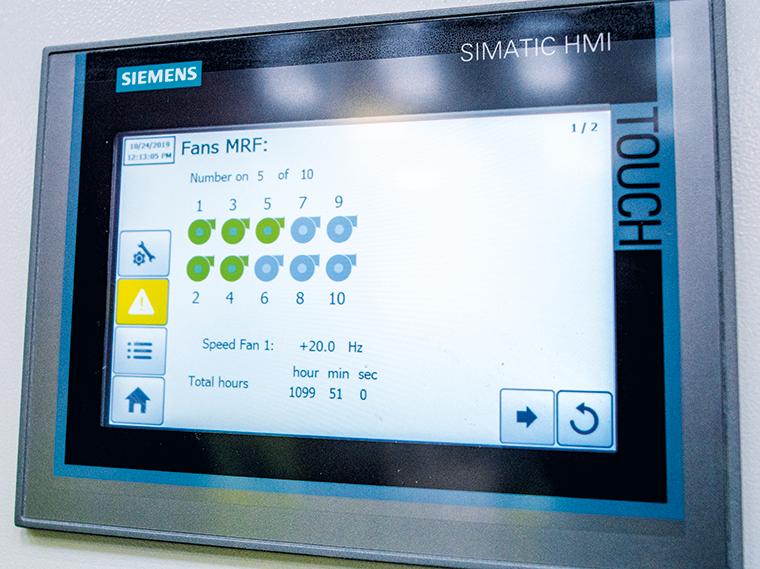 A small hiccup in the CNC ducting due to a miscalculation was dealt with fast and appropriately. Martin: “It was brought to our attention in a constructive way, there was no finger pointing, the focus was on how we could solve this as soon as possible. And that worked out: they solved it over a weekend.” 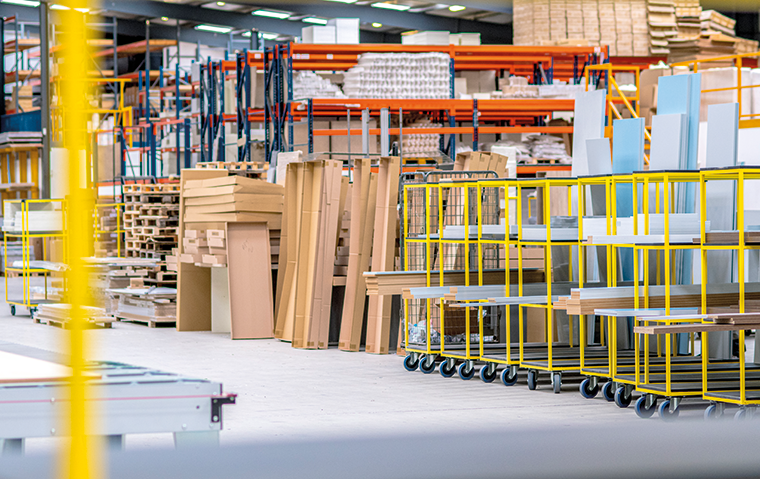 Cherrymore’s factory went from a 60,000m3 filter installation with low pressure that was operating at a low speed, to a 100,000m3 installation with 150kWh installed dust extraction power with better pressure and speed. The system currently has only half of its vans operating, making it energy efficient. Martin: “With this filter system, we have the possibility to expand in the future and still be able to keep our factory dust free in an efficient way.”