With backgrounds in cabinetmaking and furniture design, Simon Lewis and Gordon Hill founded Lewis & Hill in 2013 to design and manufacture kitchens and bespoke interiors. In August last year, the business took its first steps into CNC machining with the acquisition of an AES Sirius 950M boring and drilling machine, supplied by J & C O’Meara. John Legg visited to find out more...

As with many a successful partnership, the Lewis & Hill story began when the two first met as client and customer, Simon was working as an apprentice. But prior to this meeting, Simon had started out by creating furniture for his own use, with his joiner grandfather keeping a close eye on proceedings. This passion for cabinetmaking was driven by Simon navigating his way through four house restorations in quick succession.

To hone his bench skills further, Simon embarked on cabinet- and furniture-making courses before starting as an apprentice at a local four-man co-operative workshop, which is where he and Gordon first met. One day Gordon came into the workshop and asked if the team could manufacture a kitchen – from what was an unusually high-quality set of drawings. 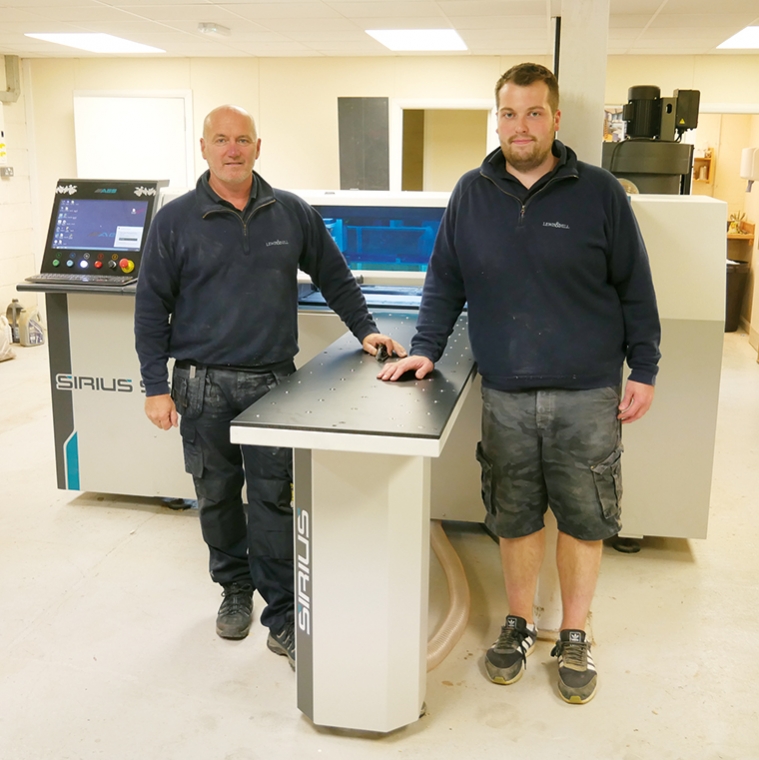 As it transpired, Gordon’s background was in furniture design, and his parents’ family business had also been in retail design – so the pair thought there might be something there. It seemed a natural fit, and they soon agreed to try to set something up together – thus in 2013, Lewis & Hill was launched, albeit from humble beginnings in a domestic garage. Since then, the business has grown up through three further workshop moves into its current premises, a 6000ft2 manufacturing and showroom facility in Rearsby, Leicestershire.

The company’s clients range from individuals with a mid-£20k kitchen budget, through a kitchen, utility, boot-room deal, maybe with dining room and a fitted office or library, to a whole home remodel or a ‘Grand Designs’ style improvement and renovation. A big selling point for the business is its showroom at the workshop, where clients can see many of the finished styles and options, and also meet the maker working on their product and witness the production first-hand.

The workshop is business-like, a large open space with offices to one side and an area giving way to where most of the production is situated, on a generous mezzanine. The facility is very well maintained, extremely tidy and has an air of calm efficiency. 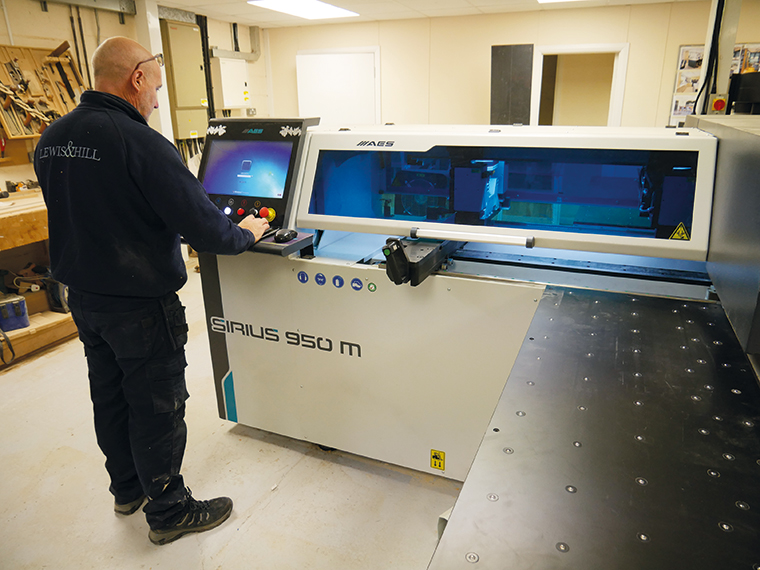 Simon explains that business levels, at the time of my visit in October 2019, were up on the previous year, with September being their record month to date. He also confirmed that business is of course variable in furniture and cabinetmaking, with demand easing over the June-August period.

A large proportion of the company’s work comes from referrals from existing clients, architects and developers which Lewis & Hill has worked with over the years. Another solid area for enquiries is via the company’s website, and some also from the trade shows the company exhibits over the year, primarily the Homebuilding & Renovating Show.

The team also regularly visits the W Exhibition to research new materials and equipment, and this is where the Lewis & Hill team first met Carl O’Meara’s company, J & C O’Meara, in 2016. At first they were researching sanders and were looking over the impressive Kündig options on the stand, but that was too much for their budget on that occasion. They were also looking at panel saws, and, having seen other premium brands at the event, realised that Carl’s own-label Genisis variant was fundamentally very similar for a surprisingly smaller outlay – an order was duly placed, and has provided sterling service ever since its installation in early 2017. 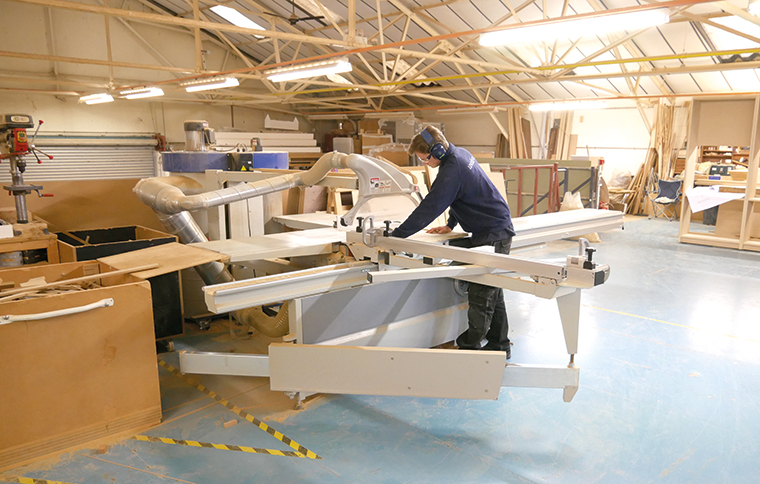 Simon says that he and his team got on really well with Carl and his colleagues, creating a really positive relationship. “From the outset, Carl and his team have given us a high level of personal service,” says Simon, “from initial enquiry through installation, training and any after-sales issues, the whole process has been very straight forward, a real pleasure.”

At the head of a growing business, Simon and Gordon are always exploring ways of creating a more efficient production process, so the duo began to think about small CNC machines to improve consistency and workflow. The company returned to the W Exhibition in 2018 and assessed the options with three manufacturers.

One machine from a well-known supplier seemed to fit the bill in terms of capability and output, but its 3m height, plus overhead ducting, meant that Lewis & Hill’s facility, with its substantial wraparound mezzanine, would have to significantly rearrange the workflow layout to accommodate it. This was not ideal, and added to the base-cost. Also the extra training package and support package added up to make the financial and logistical costs simply too high.

In the meantime, Simon checked out alternative options. In the final hour of the 2018 show, Simon caught sight of a CNC machine – an AES Sirius 950M – on the J & C O’Meara stand, and quickly had an introduction from one of the team. 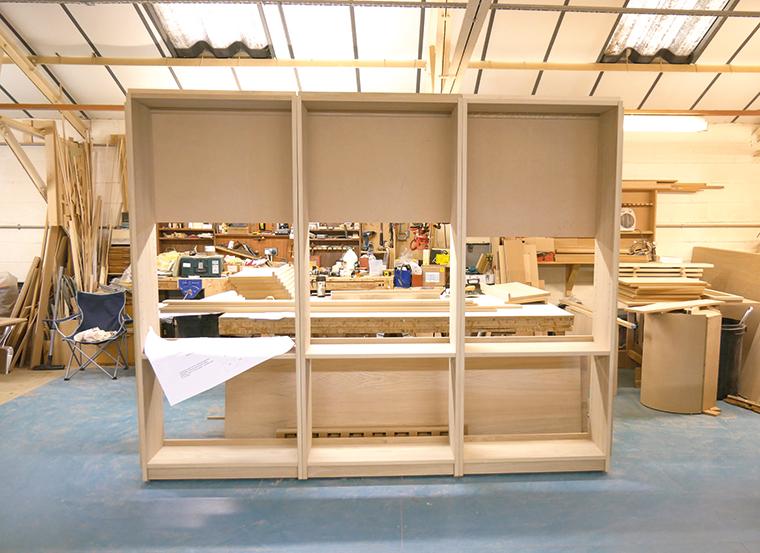 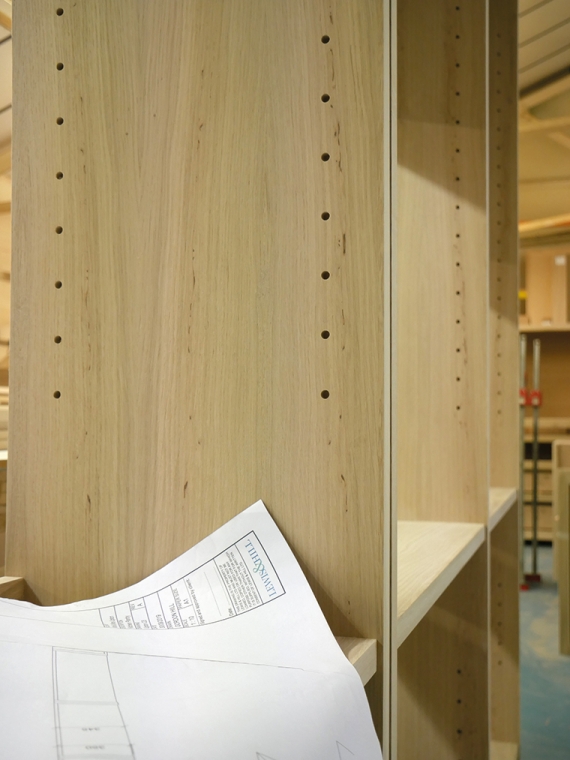 Even though everyone was tired, Simon needed to establish some basics about this option. “I said to the guy, who was trying to be helpful, but had clearly endured a long, hard day, that I needed it to do this, this, this and this,” recalls Simon. “He said he wasn’t entirely sure, and that Carl was busy. But he went away and spoke to some AES people who were on the stand, and they gave him pretty much all the confirmation I was looking for.”

With a few questions outstanding, Simon followed up with Carl and went to Burscough, Lancashire to view the machine and assess whether it would indeed meet the company’s requirements. “We had a full demo, we went through the details and thought it was ideal,” says Simon. “Carl put me in touch with a finance company, we part-financed it ourselves, which was all very straight forward.”

Two members of the Lewis & Hill team, Trevor Barnacle and Connor Garner then went to J & C O’Meara and were given three days’ practical training with an engineer and with Software Applications Engineer John Edmondson for Alphacam training as well – all part and parcel of the J & C O’Meara package. The Sirius was delivered in the summer of 2019 and Carl and an AES engineer came down to commission it. A further day and a half of training on-site also followed.

As a company, Lewis & Hill had no experience of working with CNC technology at all, so such a professional handover by Carl and his team was a real boon and really helped the company fully get to grips with its new technology. 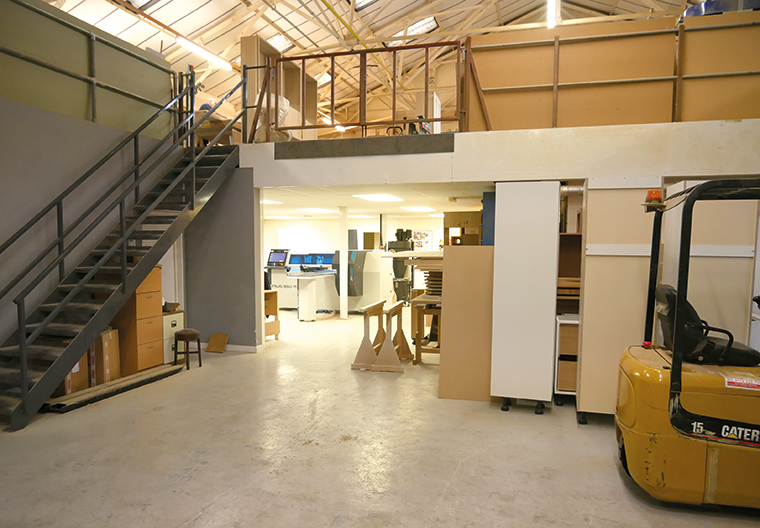 Previously, boring and drilling tasks were naturally carried out by hand, complete with the obvious time it took and inconsistency to a lesser degree. The AES Sirius 950M is proving a big hit with both Trevor, a highly-experienced joiner, and Connor – a younger employee who came through the company’s apprenticeship scheme, whose mind is perhaps more attuned to life with computers. Both are appreciating their new technology and now wouldn’t be without it.

Most importantly, the new machine is also helping Lewis & Hill develop a better, more streamlined cabinetmaking scenario, whereby the internals of standard kitchen cabinets can be executed more effectively – this being one of the key drivers to purchasing the machine. Other components which are produced in small batches will likely also be taking advantage of the Sirius’ capability.

At the time of my visit, the machine had only been installed four weeks prior, yet already Trevor was singing its praises, saying: “Although it was only delivered late on in August, we can already appreciate the capability and potential of the machine – and so far, although it’s a bit of a learning curve, it’s a great machine and is going to make a big difference to our production capability.”