After seeing a machine he believed would benefit his company’s production, Senator Group – Specialist Division production manager Phil Haggerty made contact with JJ Smith to examine the option more closely.

The Senator Group, based in Accrington, Lancashire is recognised as a world-leading manufacturer of office furniture exporting to a total of 70 different countries. Founded in 1976 by Colin Mustoe, now the chairman, the company comprises three brands, Senator, Allemuir and Torasen, which in total employ over 1200 people with manufacturing floor space exceeding one million ft2, which includes its plant in Ohio, USA. In addition, Senator has international sales offices and showrooms in Europe, Asia, Africa, Australasia, North America and, of course, the UK. 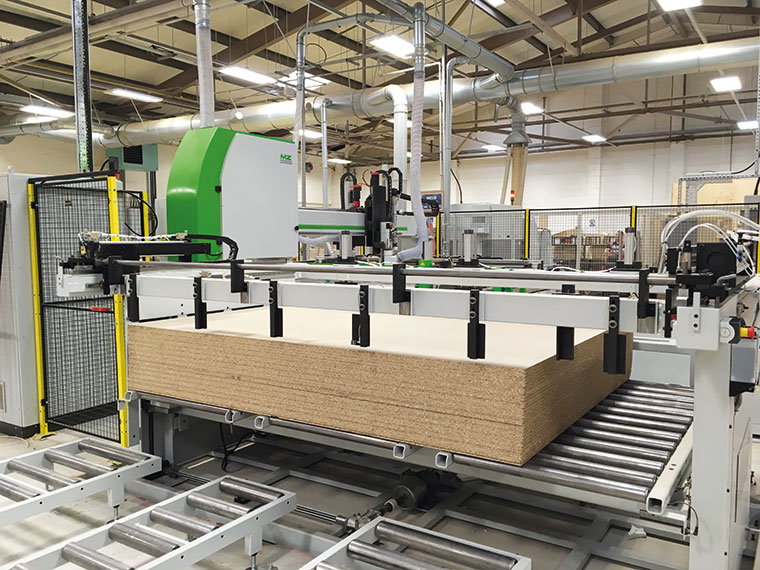 Despite its size, Senator is proud that it remains an independent, family-owned business with all the things that were important in the beginning – attention to detail, integrity, investment in people and passion for design – still very much running through the veins of the business today.

There has also always been the philosophy of investing in the very latest and best manufacturing equipment available which has recently been highlighted in the machinery installed at the Specialist Division in Huncoat.

The Specialist Division came about in 2009, and in 2011 a previously-acquired frame manufacturer, Timack, was integrated into the Specialist site. The pre-upholstered part of the site had previously been nesting all the OSB, ply, MDF and chipboard components that make up the various frames which are then supplied to the Seating Division. 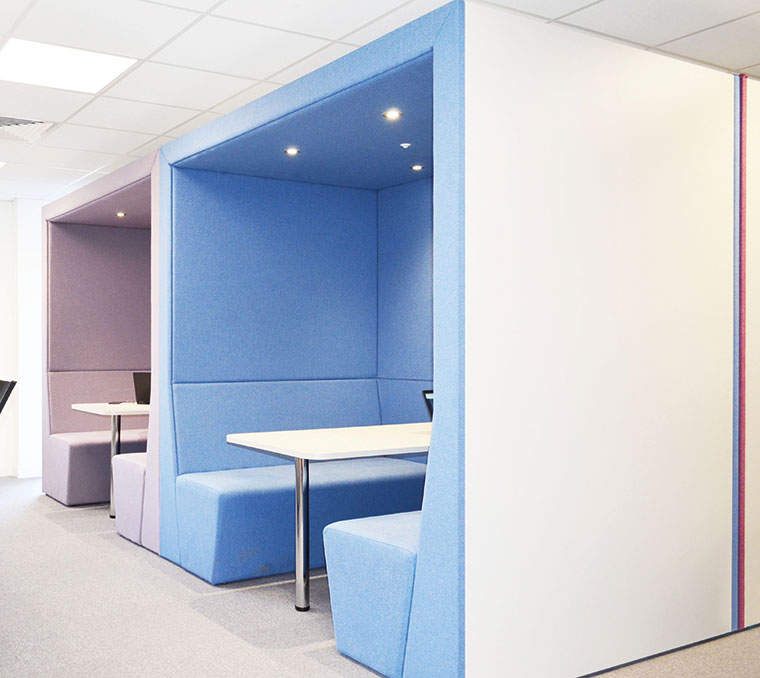 To do this it had a standard nesting CNC router with auto loading and unloading. Although the machine had the capability to machine more than one sheet at a time, this was dependant on the size of the part and the material it was being produced from.

As a result, production manager Phil Haggerty started to investigate if there were other machines available better suited to meet his requirements.

By chance he was looking one day on Twitter and came across a video clip posted by JJ Smith on an MZ Pluris CNC working centre. The video intrigued Phil as he had not seen a machine like this before, and as result he contacted JJ Smith to set up a meeting so he could learn more about what it could do.

JJ Smith sales director, Guy Stanley, visited the site and reviewed all the parts Senator needed to produce, and he confirmed they could indeed be made on the machine Phil had seen in the video, but with some significant benefits over its current process.

First off, and probably most importantly, the Pluris incorporates a CNC bandsaw that can automatically swivel +/- 90° meaning it can cut parts a lot faster than a standard router, in addition to being able to cut some shapes of parts a router can not.

Also, as the bandsaw blade thickness is only 0.8mm, it is possible to create a much tighter nested program which results in more parts and less material wastage.

Secondly, it does not use any vacuum to hold the sheets down – instead panel grippers are used meaning it is possible to hold and machine a stack of three, four or five panels totalling about a maximum of 60mm in thickness – be it that the bandsaw/router can cut higher. Thus production output is significantly higher then when just cutting one sheet on a conventional router.

Thirdly, when equipped with the optional automatic lift table, the Pluris is a one-man operation where cut parts are actually being produced and collected by the operator whilst the machine is still working. The router head is used when it is not possible to use the bandsaw, or when it is necessary to make a hole enabling the bandsaw to turn. If there is a requirement to drill holes there is a five-spindle point-to-point drilling unit. 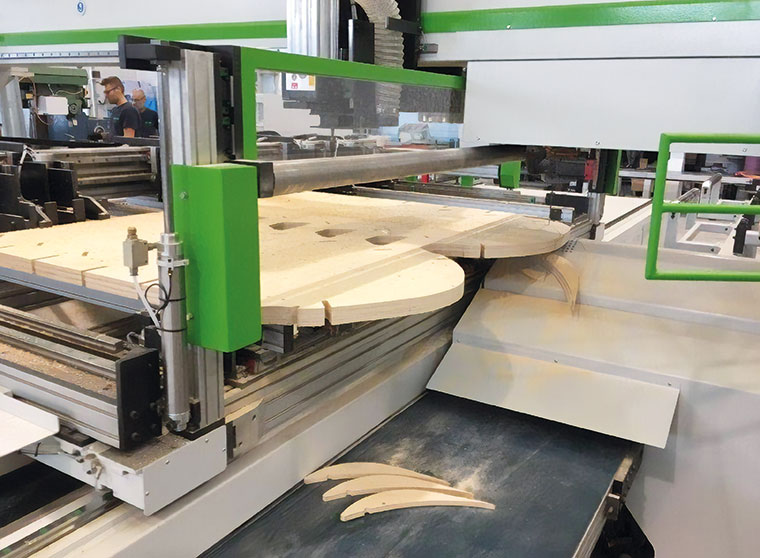 As a result of this meeting a factory visit to see a Pluris in operation with a furniture manufacturer in North Wales was set up. Seeing the machine in full production just reinforced Phil’s belief this was a machine he needed to invest in.

To back this up, sample part drawings were sent over to MZ Project who then created nested drawings, and gave estimated production times for each. Once Phil compared these to current timings and number of parts produced it was in his words a “no brainer” as to which direction he should go, and he quickly put forward a justification proposal to the main board which was passed straight away, and an order then placed.

The machine was specified with a working sheet size capacity of 2500 x 1550mm, automatic lift table, CNC bandsaw, router and drilling group together with automatic set up and moving of the clamps and support rails through the program. Included as standard is a side conveyor belt for cut parts and an internal conveyor for waste. Programming is carried out using Alphacam nesting software. The machine was ready on schedule and prior to dispatch from Italy, Phil and his team went over to the MZ factory for training and inspection testing.

The MZ Pluris has now been installed at Senator for 18 months and such has been its success a second Pluris was installed just a month ago. Phil comments: “As soon as I saw it in operation on site I was convinced it was the machine for us, and this has been borne out by the increased productivity and reduced waste we have experienced since it was installed.

“Therefore when it became apparent we needed to step up production even further, it was an easy decision to order a second machine. We have been delighted with the performance of both and it has also been a pleasure to work with both JJ Smith and MZ Project who have been very helpful and professional from the outset.”

Guy Stanley concludes: “The MZ Pluris has proved to be a real winning machine for us as it offers a number of significant tangible advantages over standard CNC routers and we are delighted that Senator are reaping the benefits.”