AES CNC router/drilling machine – designed to have an Extreme effect on performance, quality and capability

Based in Kirkby, Liverpool, Woodbuzz is a company which designs and supplies all manner of furniture, joinery and shop fittings for a wide range of applications including point of sale retail, hotels and hospitality and bespoke joinery. But with its clients needing a bespoke design and batch production service, a steady programme of investment with more efficient equipment has given the company a higher and more efficient capability.

With the batch and often bespoke nature of the company’s typical output, Woodbuzz managing director Don Fenwick has embarked on a steady and considered programme of investment to upgrade its capability: from an Altendorf sliding panel saw and a sander backed up in the main with hand and power tools and a lot of manual labour, to a CNC-based operation with very high standards and considerable capability. 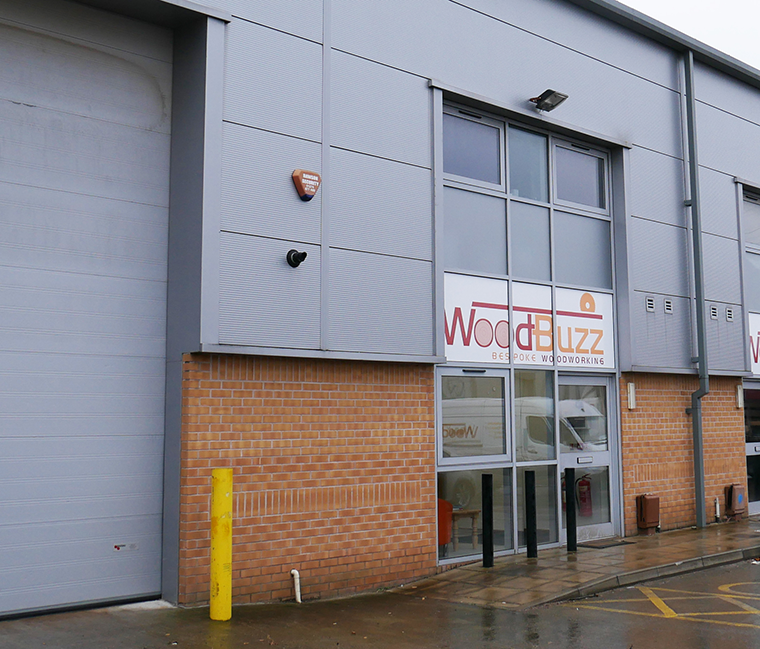 With a key anchor accounts, and numerous on-going accounts providing a growing requirement, Woodbuzz decided it needed to invest in a more productive and more efficient manufacturing process. The company most recent acquisition has come in the form of an AES Extreme Line 2132 CNC router/drilling machine, supplied by long-term machinery partner, J & C O’Meara.

The very solid machine has an auto-lift table holding up to 25 x 18mm boards, and it auto-loads, pushes-off and conveyors-away, then it auto-cleans the bed and parts before reloading another sheet on a continual cycle. The machine has an HSD drill box with ten drills and sports two 250m3 Becker vacuum pumps.

As part of J & C O’Meara’s service and on-boarding, Woodbuzz had their operators visit the factory for pre-delivery training in preparation for taking delivery of the machine. In addition, Woodbuzz was provided with on-site training and support as it adopted this new machine into its production

Woodbuzz use Autocad and import into Alphacam Standard to create an optimised nest along with various machining strategies via the Automation feature.

Woodbuzz CNC operative, Tom Rowan, has been a key part of growing machining capability of the business, having learnt and operated much of the company’s investment cycle in recent years.

“The work we do on the Extreme,” says Tom, “was previously carried out by an Altendorf panel saw and a small CNC drilling machine, which for most of the work was fine. But you do end up with some inaccuracies and sometimes you needed two people on the panel saw and the blades would wear down quite a lot – so the time-consuming and labour-intensive nature of the operation and the opportunity errors and inefficiencies when we became busier was clearly holding us back.” 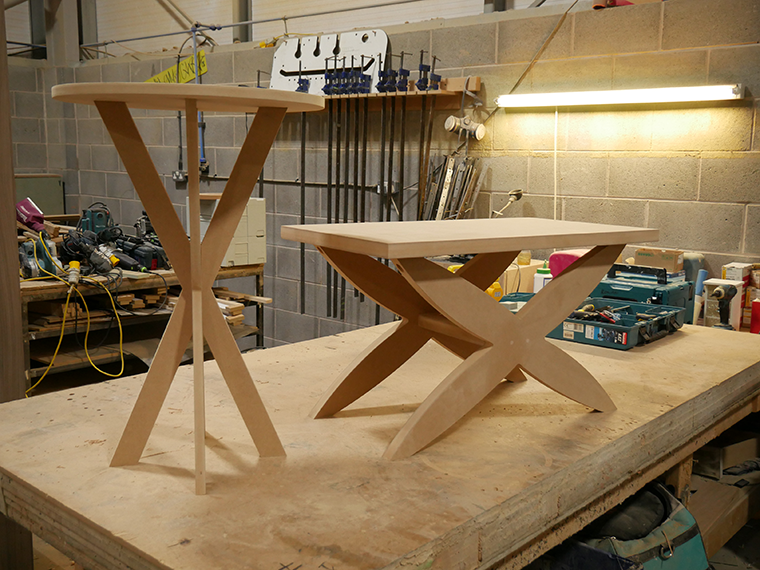 The company has a number of key accounts, and frequently, the requirement is for a bespoke shop fitting, which, once the design is signed off, needs to be repeated in batches – something a dozen or so, sometimes far more, and usually with as fast a turnaround as the company can manage. So the ability to be creative, producing one-offs as well as fast batches has become an important part of the Woodbuzz modus operandi.

Tom explains: “Take these combination units, a 600 x 650mm unit for one of our retail customers with two shelves and two doors and an upstand – prior to getting either CNC [Sirius or Extreme] we could produce maybe six or seven a week with two guys working solely on that. Then we bought the Sirius 950M, a brilliant CNC drilling machine allowing us to do the face- and edge-drilling on cabinets like these, we could do around 15-20 a week – more than double what we were doing before.

“Since we got the Extreme, let’s say we had a customer delivery that was specifically required quite early in the morning, I could easily have 30 machined up and on a pallet done by lunchtime, all assembled in the next two or three days. So our order intake has improved tremendously, the accuracy is top-notch and the speed-to-market is exactly what we want and what our customers expect.” 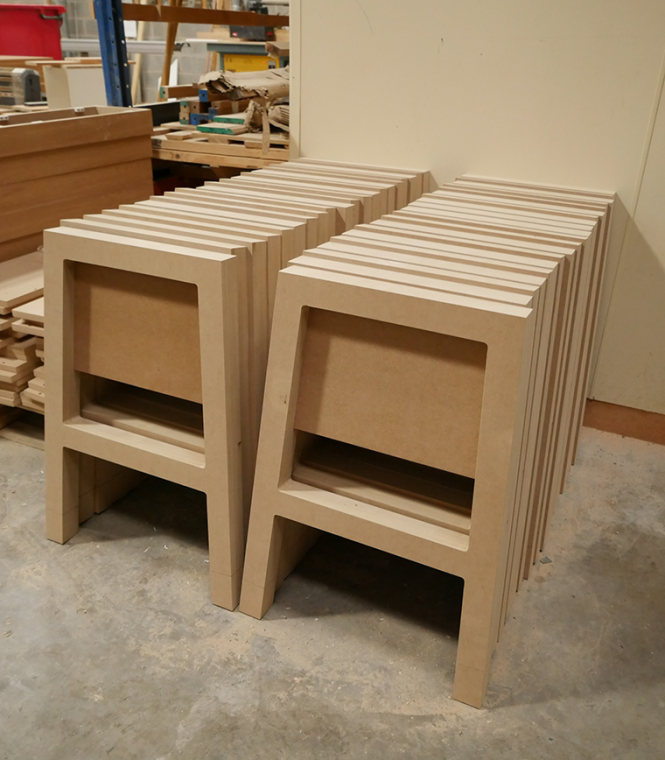 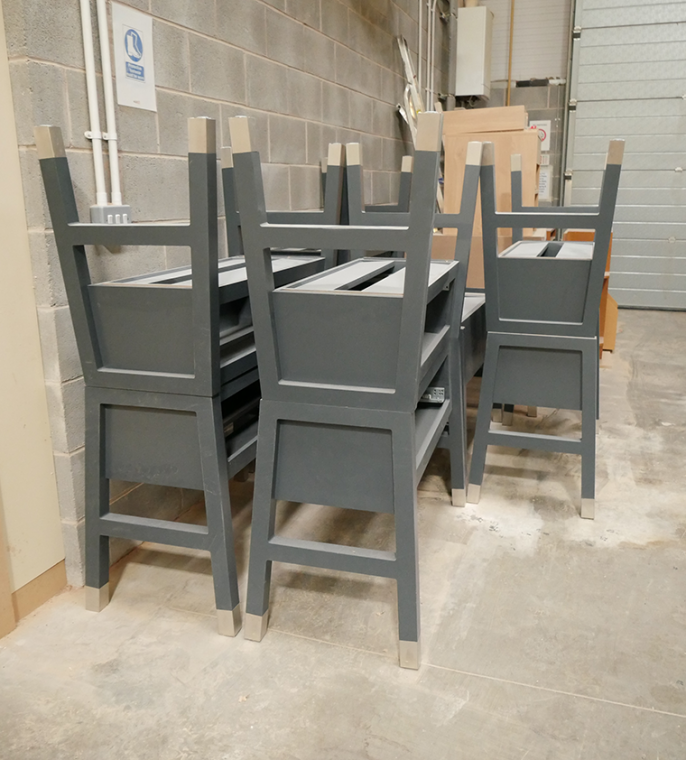 But more than just improving the speed and accuracy of the work, Tom says that the Extreme has changed the way Woodbuzz operation runs.

“The way production used to be before we had the Extreme, when we got a job come in, say for 25 units, it was quite a stressful. There would be lots of elements to sort out, a lot of gluing and laminating before assembly by a team of people – it would take about three weeks to complete.

“And if there was a bad scuff or chipped corner on one or two of them, it would be a time-consumingly process to take them apart and re-fabricate and re-assemble. Whereas now, there’s usually some room on the last panel and we can cut a few extra parts to allow for that. But saying that, we now use glue a lot less now in our designs, with more cam and dowel fixings, which means remedying issues like that can also be done more efficiently.”

With the company’s strict of quality control standards, sending out less than perfect products had never really been an issue for the well organised Kirkby firm. And with the Extreme now part of the company’s arsenal, higher standards, first time every time, are being achieved on almost all its output – so the consistency and efficiency of its production can now only be described as highly precise and fast. 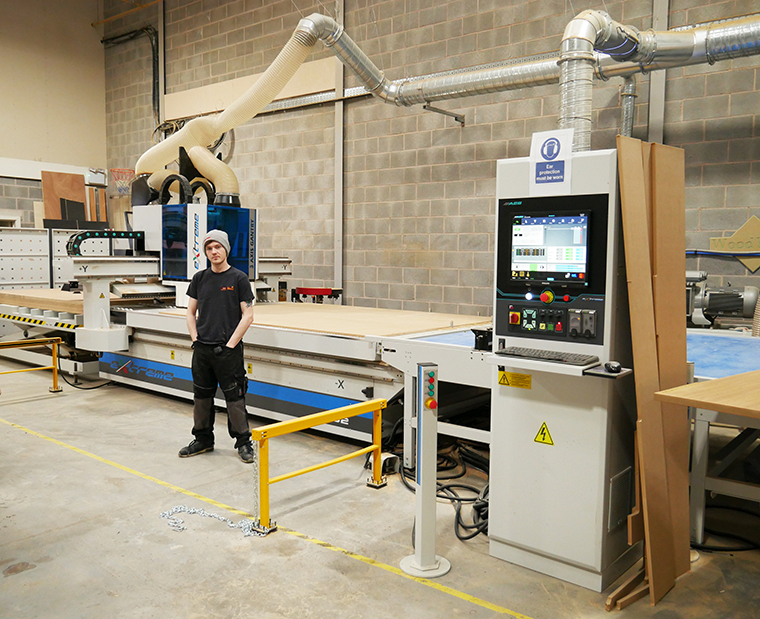 In terms of how the Extreme has affected the business, for Tom says it has been transformational for the company – and worth every penny.

“If we had been approached, in our previous production scenario, to fit out a 200-bedroom hotel for instance, it would have been very daunting for us. It would have been months and months of work, getting people in, maybe shipping some work out and so on. But now, with a 200-bedroom order and that work flow managed in two-or three phases, we’d get the boards in one day or a day and a half, and we’d have it cut and on the pallet in a day or two days after that … so it opens us up to much bigger projects with much more detailed work.”

In conclusion, would Tom recommend the Extreme? “Without doubt, this machine takes Woodbuzz to another level – in terms of performance and ease-of-use, the AES is wonderful. And with the help of Carl and his team, and the guys at AES in Turkey, to date it’s been a brilliant, seamless experience.”