Paarhammer is a well-established Australian manufacturer of European-style windows and doors, and it could be assumed that one of its most essential items of machinery is directly involved in the manufacturing process – but in Paarhammer’s case, the essential component is a waste management system that produces briquettes from sawdust and off-cuts. “At the moment it’s the most essential item in the business,” MD Tony Paarhammer proudly notes.

This recycling system allows for an incredibly wide range of sustainable and profitable benefits, and constitutes an integral part of Paarhammer’s sustainable manufacturing ideology. Paarhammer’s award-winning products are the result of more than 30 years of experience, and range from the highest energy-efficient windows made in Australia to bushfire-proof windows.

Immigrating from Austria in 1990, Tony and Edith Paarhammer started their business in a garage, manufacturing fine furniture and European-style kitchens. But one year later, their focus shifted while they were building their new home. Tony and Edith were surprised because they could not find any European style windows in Australia. 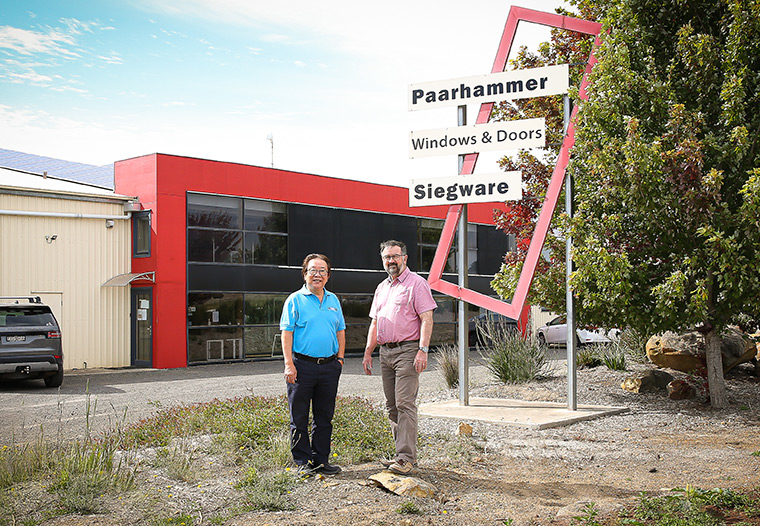 Because of Tony’s background in windowmaking, the Paarhammers decided to take matters into their own hands, and the idea of manufacturing European-style windows in Australia was born.

From the beginning, Paarhammer grew rapidly, and for its 20th anniversary in 2010, the company moved into a new, purpose-built factory.

The construction of this factory was driven by Paarhammer’s ideology of sustainable production. It is powered by an almost-100kW photovoltaic solar system, efficient light-management which reduces electricity needs, and water tanks to supply the factory.

But the most important component to fulfill high sustainability goals is the waste management system, which consists of the Weima WL 4 shredder (installed in the early 2000s) and the Weima TH 814 briquette press (installed in 2012). With this system, “we reduced our waste by 95%,” says Tony.

Tony opted for Weima’s machines mainly because of the company’s local presence in Australia through CEMAC technologies. 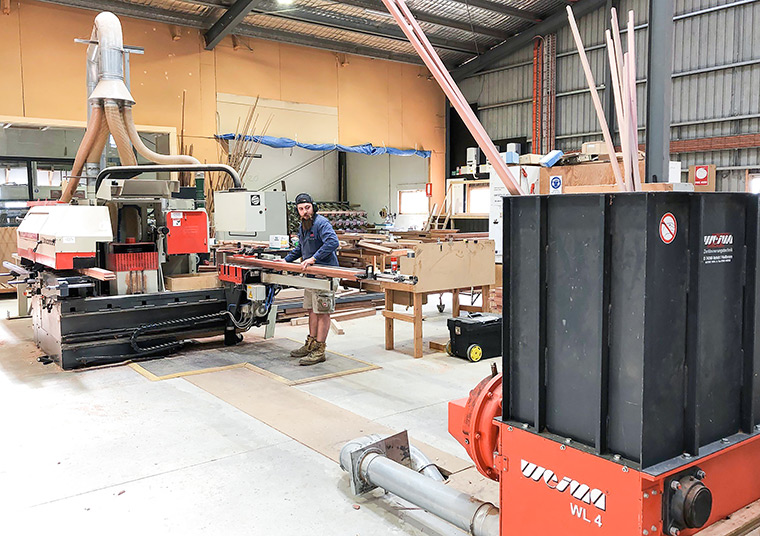 “The local support was the most essential,” Tony says about his decisionmaking process. Additionally, Weima convinced with over 40 years of experience in manufacturing shredders and presses for the woodworking industry.

Since day one, the system with shredder and briquette press has worked efficiently in Paarhammer’s factory. Sawdust is separately accumulated by the duct of every producing machine, and is then diverted into a hopper from where it flows into the briquette press. 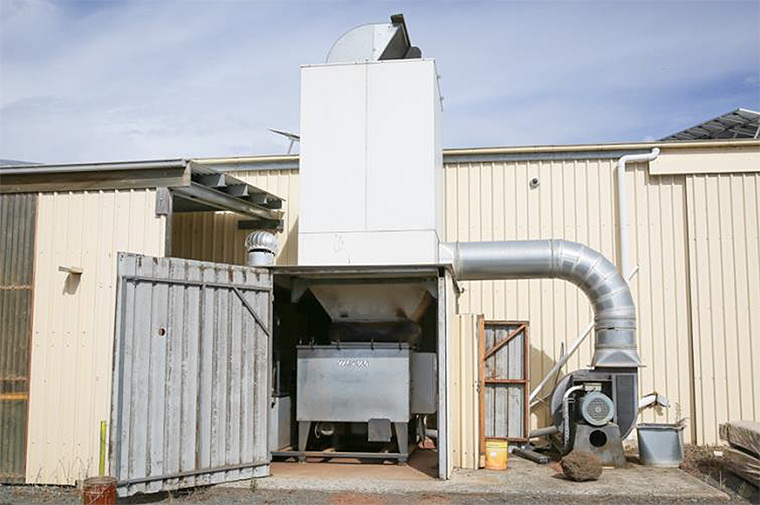 Meanwhile, the WL 4 shreds larger wood off-cuts into small woodchips, and thus makes them suitable for the press. The TH 814 briquette press then finally presses the sawdust and the woodchips into cylindrical 80mm-diameter briquettes.

“What we would have had to burn or pay to go to a landfill, now gets pressed into briquettes,” Tony says. Because of the briquette press, Paarhammer now has only of 1.5m³ of waste a week, while generating four tonnes of briquettes in the same period, thereby reducing landfill by about 2000m³ per year. “The mixture of all this dust, shavings from the planer and the woodchips is almost the ideal mixture to make a compact briquette,” says Tony. 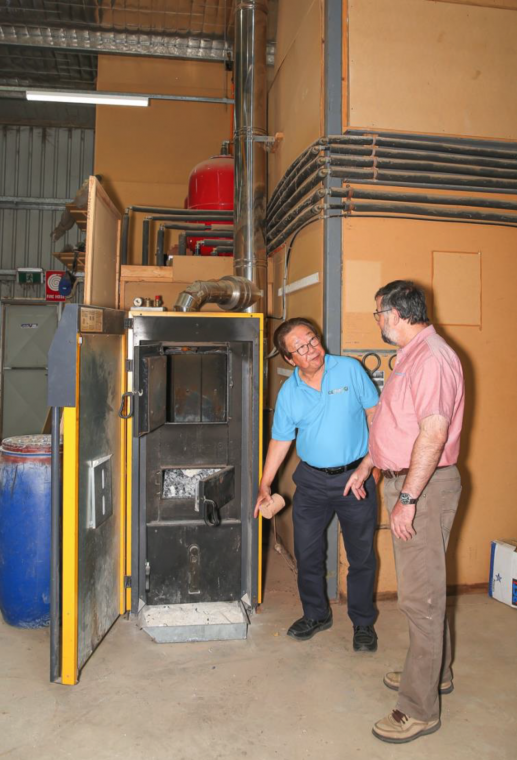 A nice thing on the side

Recycling sawdust and off-cuts is not only sustainable, but profitable. While Paarhammer uses 30% of the briquettes to heat parts of the factory with a hydronic heating system, the remaining 70% are sold to local residents – revenue Tony describes as a “nice thing on the side”, and money he did not expect. Therefore, Tony exceeded his original calculation of a return on investment by two years, which reduced it to less than five years.

Yet, Weima’s shredder and briquette press are not only profitable because they generate revenue, but they also save money. First, by reducing heating costs due to their use in the hydronic heating system. Second, the combination of dust extraction, shredder and briquette press helps with housekeeping because it reduces the amount of waste or off-cuts lying around in the factory.

“All that is fully automatic,” Tony states. “We save probably one labourer’s wage a year in not having to deal manually with all this waste, and we get a very clean, well-organised factory.”

A multifunctional system that heats, cleans, saves and generates money

Because of the huge environmental and monetary benefits, Tony highly recommends this waste management system, because sawdust and off-cuts are “basically a good resource”.

In the end, Weima’s wood shredder and briquette press help Paarhammer to make use of this resource within a multifunctional system that not only heats, cleans and saves money, but also generates revenue on the side.