Seamers Specialist Joinery began trading in 1875 and has evolved to become a respected name in high-end residential and commercial joinery fit-outs. Following a move to new premises spanning over 18,500 sq ft, and increased demand for its specialist joinery offering, the Derby-based company has invested heavily in new machinery, with the machinery line-up now including two Striebig vertical panel saws from TM Machinery.

“We purchased our first Striebig Evolution vertical panel saw in 2014 after seeing the saw in action at a neighbouring joinery shop,” explains Leigh Freestone, workshop foreman at Seamers Specialist Joinery. “We had been using a dimension saw to cut sheet material, but it lacked accuracy. As our business was becoming more heavily involved in high-end, bespoke joinery for the London residential market, the need for speed, accuracy and versatility was becoming increasingly important, and a Striebig wallsaw offered us the perfect solution.” 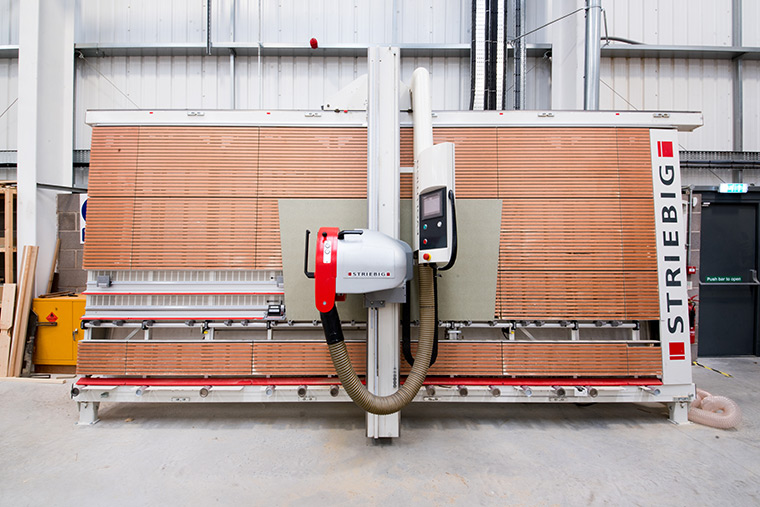 Designed for ease of use

The manually operated Evolution vertical panel saw, with numerous automated functions designed for ease of use, ticked all the boxes – but there was one problem: “As soon as the Evolution was installed, everyone wanted to use it,” admits Leigh. 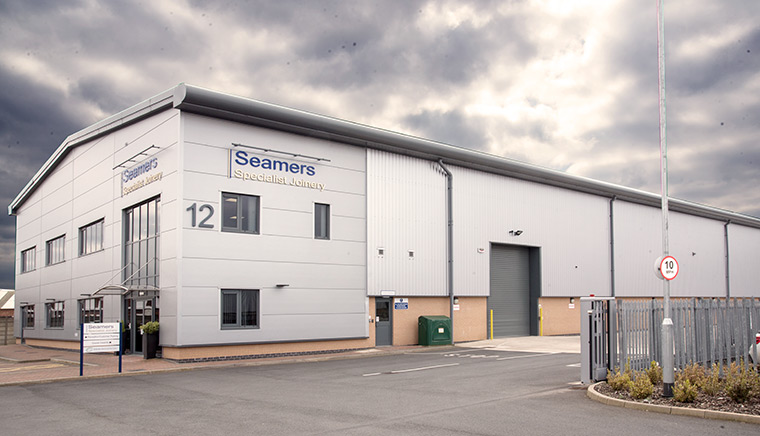 “We ended up with a queue forming as the dimension saw sat there redundant. The Evolution offered consistent, accurate cuts quickly, and overnight become the machine of choice in our workshop. If we wanted to maintain production levels, we needed to alter our floor layout and invest in a second vertical panel saw.” 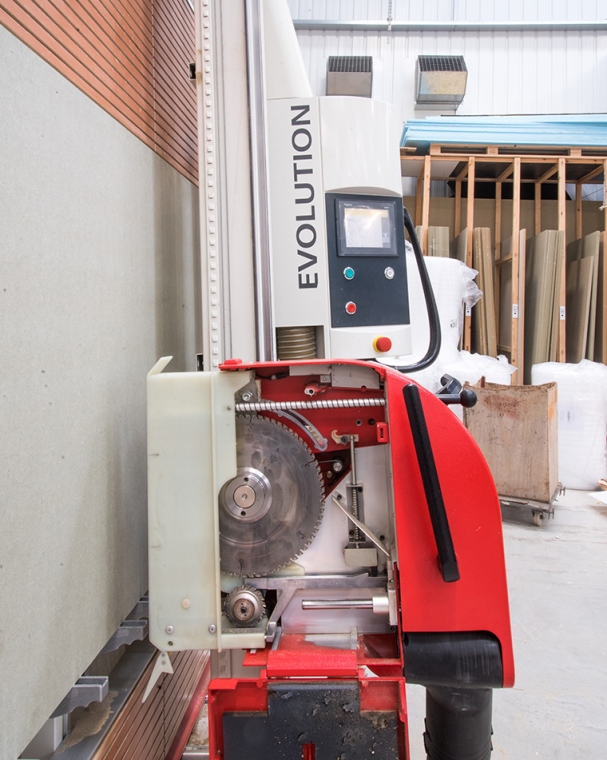 An automatic Control model was later installed alongside the existing Striebig Evolution to keep up with demand. With a fully automatic cut cycle, automatic beam- and saw-head positioning and panel-end detection, plus automatic measuring stop system and digital measuring system on both axes, it offered the growing joinery company a high degree of automation – future proofing its investment. It also offered a simple solution when performing multiple cuts.

Leigh explains: “The majority of our work is bespoke, so no two items are the same, but in the last 12 months we’ve been working on a larger number of commercial projects, including bars for the fourth- and fifth-floor smoking terrace extensions at The Hippodrome Casino in Leicester Square, and involvement in the restoration of original panelling in the Great Hall and the Court Rooms at the Butchers’ Hall in EC1A. 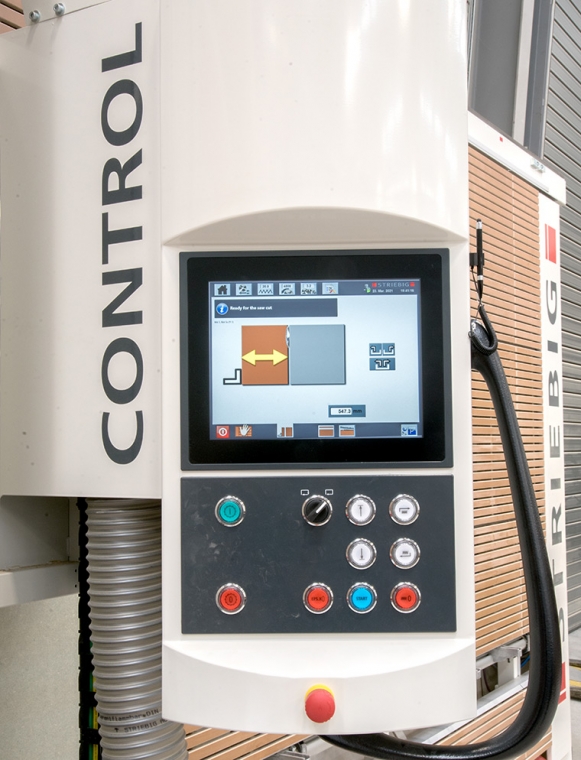 “Projects such as these often require rippings, which, when performed manually, are very time consuming. On the Control, you simple programme the size required into the saw’s computer and it does the rest for you. It takes operator error out of the equation and allows for hundreds of repeat cuts to be done quickly.

“We’ve also found straightening timber on the Control to be a real benefit to us,” says Leigh. “We use a lot of soft and hard wood, and some boards are bowed. Before we had the two Striebig saws, bowed boards needed to go through a planer. It was extremely laborious and not always accurate. Now, we simply put it on the vertical panel saw and skim it. It works really well. It’s such a robust machine.” 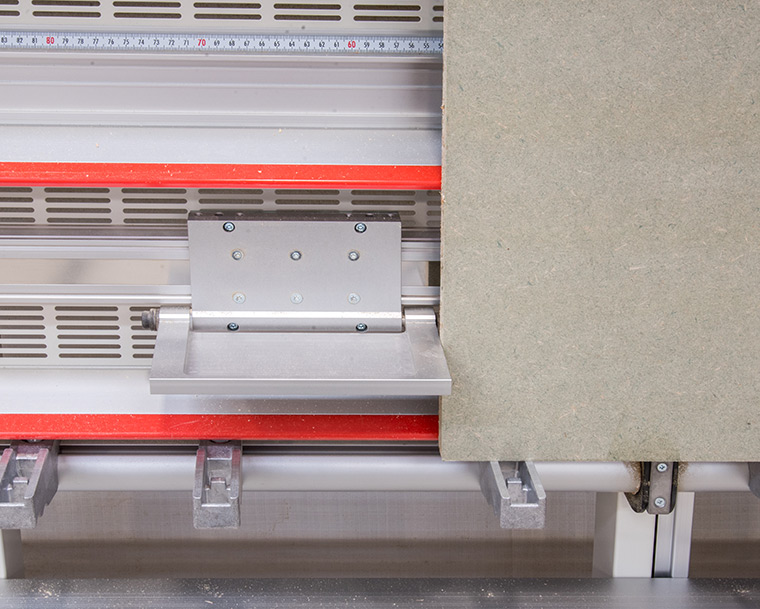 With the volume of panels being cut on the machine increasing, Leigh admits the two saws are the workhorses at Seamers Specialist Joinery. “They are the hardest-working machines in our workshop and a valuable commodity. Investing in high-quality machinery has helped us build a solid infrastructure and has given us the capacity to take on more projects and reduce lead times. It’s also given us more flexibility. Designers and architects like to push the boundaries of design, and it’s our job to make their vision a reality. They know we have the skills and kit needed to bring their design concepts to life, and because of this, we have built a solid reputation for ourselves.” 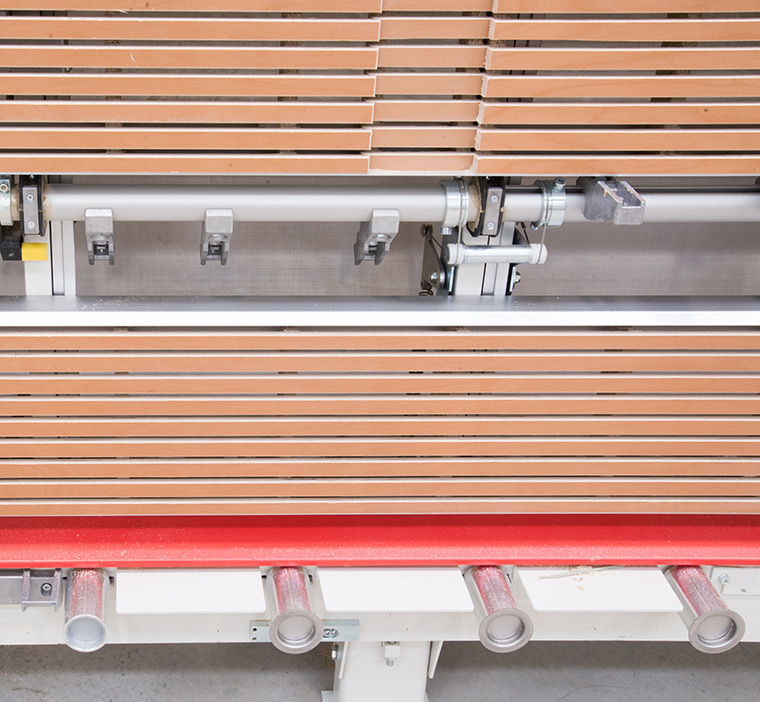 This has made the need to invest more important than ever for the 145-year-old company. “We need the right machinery available to use and we can’t afford for a single job to be anything but perfect. It’s a competitive industry, and word of mouth is so important. Having good-quality machinery that is reliable and accurate allows us to bring our A-game to the table every time. We work to fine tolerances, and we know that we can rely on Striebig to deliver accurate cuts within 0.1mm every time – even on units as long as 7m.” 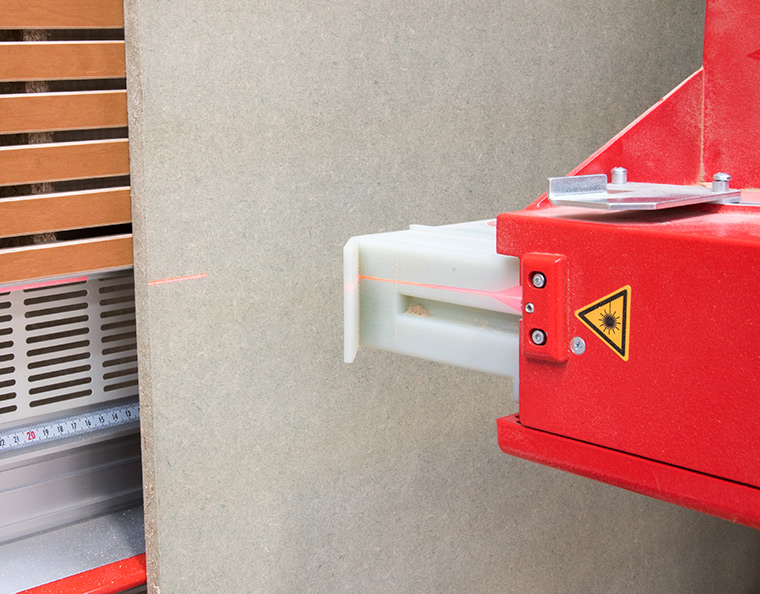 Leigh adds: “We can also rely on TM Machinery. They’re a knowledgeable team who really do go the extra mile to help. They not only helped us source the right machinery for our business, they worked around us to install the machine, and continue to be on hand if we need them. What more could you ask for from a machinery supplier?”