Making manufacturing smarter is all in a day’s work at Fletcher Wood Products, a 59-year-old custom commercial case and millwork company that has thrived for nearly six decades by continuously improving its processes.

Located in Fort Dodge, Iowa, the company was founded in 1961 by Bill Fletcher, an experienced craftsman who built a business on turning out high-quality, custom products. His son, Clark Fletcher, is now at the helm of the company; he utilises modern technologies to remain competitive while continuing the company’s legacy of manufacturing top-notch goods.

A firm believer in the power of technology to help increase efficiency and reduce error, Fletcher implemented the Cabnetware solution for cabinetmakers in 1986 and, being an early adopter of CNC technology, acquired his first CNC router in 1993.

While Cabinetware helped Fletcher and his staff drastically cut time devoted to manually creating cut lists, shop drawings, and assembly sheets, the integration of CNC machinery was a significant game-changer.

In 2007, Fletcher made the switch from Cabnetware to the Cabinet Vision Screen to Machine™ (S2M Center) solution, which delivers more robust design and project-planning functionality, as well as the ability to generate accurate NC code at the click of a button. 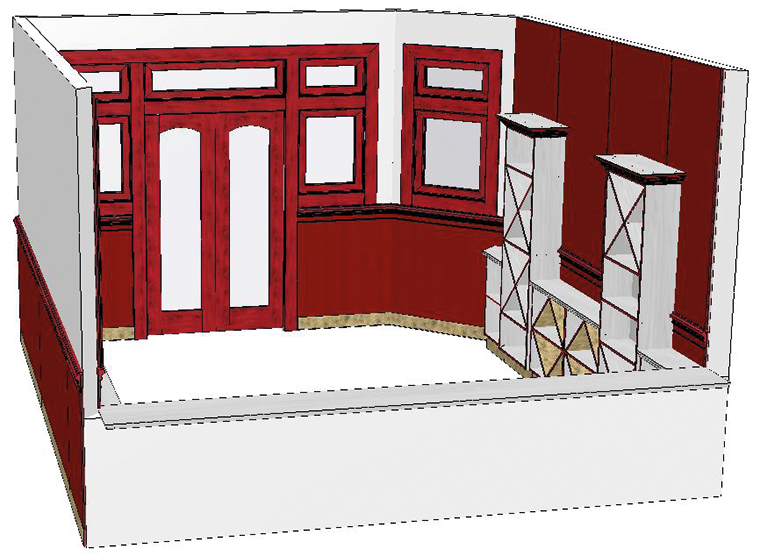 “The challenge is different today than it was when my father started the business,” Fletcher said. “For me, the challenge has more to do with the introduction of computers and software. You can tell when it’s time to change the way you do things — and today you need to use technology to stay in business.”

To begin a project in Cabinet Vision, the team at Fletcher enters the dimensions of the space in which the final product will be installed, and then virtually builds the project within that space. Once the project is drawn, shop drawings, cut lists and assembly sheets can be generated based upon the design.

Among the Cabinet Vision functions utilised most often by Fletcher Wood Products is the ability to apply their own object intelligence to completed designs. Object intelligence eases the process of making design changes, including the ability to resise parts — even when they are included in assemblies. When part of an assembly is changed, the rest of the assembly will automatically adjust to that change.

“You add a part to the system, and you automatically add intelligence so that you can grow or shrink the part as the design progresses,” Fletcher said. “You can reuse it and change the overall dimension, and the other parts change with it.” 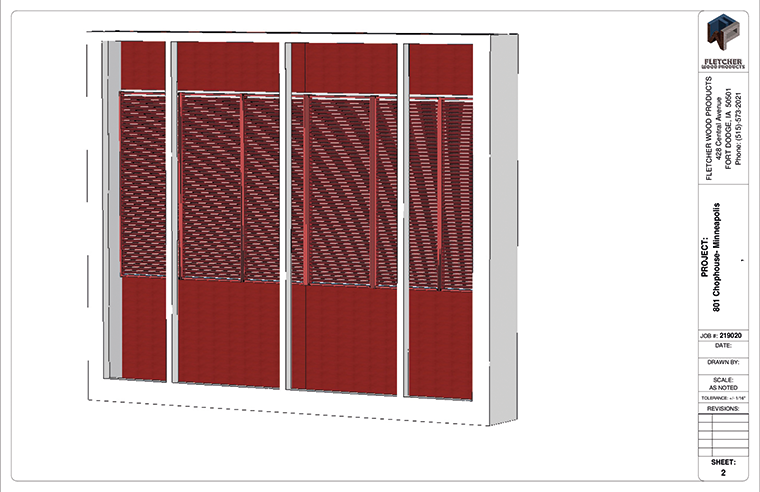 Cabinet Vision allows users to save and reuse any process, including those that include object intelligence. Reusing processes is especially helpful for parts that are very similar or identical, but any process can be edited and saved as an additional version of a previously saved process.

Keeping a process library makes it simple to save and select processes as needed.

“The most immediate return on being able to reuse parts and projects is that, for 75 percent of projects, you have to go back and change something,” Fletcher said. “The little bit of time you have to spend adding intelligence will save you time — without a doubt.”

For Fletcher, the proof is, as they say, in the pudding.

As solution functionality and his knowledge of the software has grown, he’s increased his use of the system to tackle the tougher project aspects. As such, 95 percent of his work on the last restaurant location was performed with Cabinet Vision.

“As Cabinet Vision continued to be developed, new features were added,” Fletcher said. “I think that kind of continued development is great and shows that they’re listening to their customers.”

Cabnetware was used for cabinetry on the 2006 and 2011 projects, while Cabinet Vision was used in 2011 to produce only the paneling for the 2011 job. In 2016, Cabinet Vision was used to build both cabinets and paneling, and in 2019 its use was increased to include the production of cabinets, panels, molding, booth assemblies, oval bar walls, a bar top, bar soffits, window shutters, wine tower-panels and display units, and applied arch frames.

To design the restaurant’s intricate oval bar, the company used computer-aided-design (CAD) software, and imported the file into Cabinet Vision.

“We used the CAD import feature to create the oval bar and all related parts to create all shaped parts and assemblies, which included an oval bar top, shaped bar rail, bar face panels, and shaped soffit panels.”

“One big time saver for us was creating assemblies for all of the applied wall molding frames that we supply,” Fletcher said. “This project had over 150 wall frames with 16 different radius top pieces. The assemblies allowed us to account for all of the straight molding needed for the frames.”

As each assembly included a shaped hardwood part for a curved upper rail, Fletcher saved a significant amount of time by sending those complex parts to the S2M Center, where true-shape nesting was used to efficiently nest the profiles.

“Those 150-plus frame tops were optimised and code created in minutes versus the several days needed on our previous projects to draw arches, create toolpaths, and manually create nests on various material sizes,” Fletcher said.

“I can’t say enough about the power of the tool that we have in Cabinet Vision and all that we can do with it. You’re only limited by your imagination.”