Operating in a marketplace that was diversifying away from its core high quality joinery work, Wrexham-based Bryn Roberts Joinery has successfully developed another line of business. Recent investment by Bryn Roberts Joinery in new CNC machinery has seen the business taken steps forward in terms of the breadth of its design and manufacturing capability, the repeatable accuracy of its work as well as the volume of output.

Works foreman Owen Roberts (no relation) explains: “Initially, the business was focused on high-end joinery, with the odd 5% of the business being other specialist work for all sorts of markets, including. Today, that has entirely flipped and we make sensory toys and that is our core market, and now the Bryn Roberts Joinery business is majority-owned by TFH.”

TFH is one of the most successful companies in this space and its partners distribute hundreds of products – such as bubble tubes, fibre optic lighting, safe storage cabinets, projectors, interactive wall panels, mirrors and more – to over 100 countries worldwide. Owen says that the company currently produces around 50-60 different products in batches throughout the year delivering to the TFH UK headquarters in Stourport, Worcestershire, before being shipped out around the world via TFH offices in the USA, Canada, and Sweden. 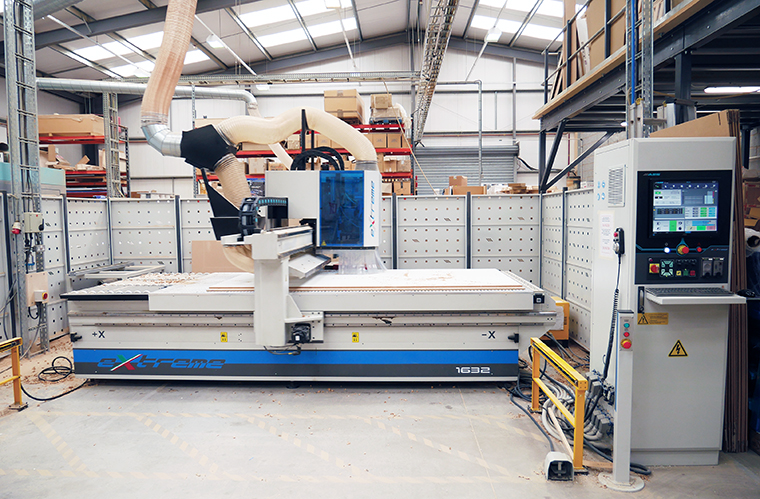 In terms of machinery and equipment, Owen, who has worked for Bryn Roberts for almost twenty years, says that looking back, the Bryn Roberts Joinery was typical of a traditional joinery firm with a range of modest machinery and classical equipment with skilled bench-trained craftsmen. But in recent years, the company also acquired a limited CNC capability, but it was a machine with only 900mm on the Y axis meaning sheets had to be trimmed before being used on the CNC, wasting time. The limitations of this machine quickly became clear as the guys were having to work around the machine pre-trimming sheets and not really getting all the benefits you’d want from a CNC – and so it was only be used maybe an hour or so each day.

Clearly the company needed a more capable machine to create more efficiency, so he approached Carl O’Meara, the MD of Burscough, Lancashire wood working machinery experts, J & C O’Meara, to explore some CNC options. Following an initial meeting, Carl carried out a full assessment on the company’s existing capability compared that with a new CNC option he believed would be right for the Bryn Roberts business. 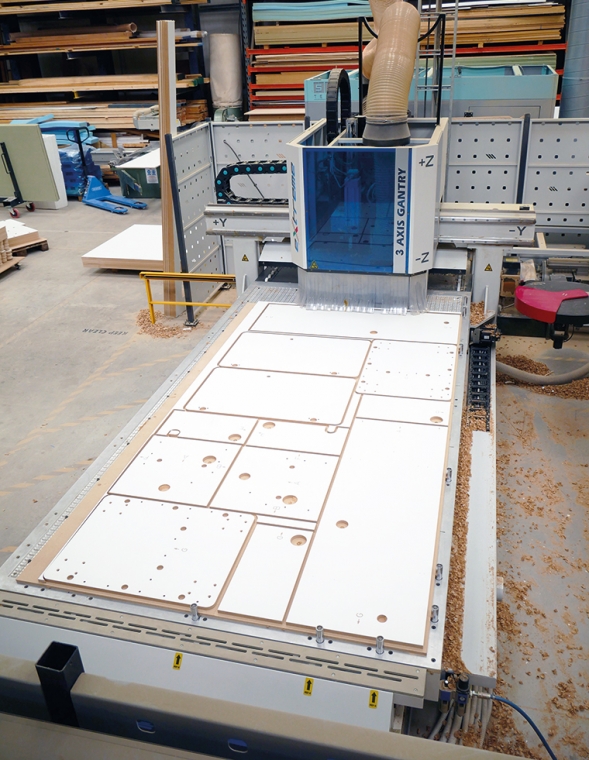 As one might expect, on all like-for-like areas, the AES Extreme 1632 CNC nesting machine that Carl proposed would provide considerable gains across the board, the headline being that it would be three times quicker to machine parts. It gets interesting of course when you extrapolate that to a 40 hour working week using the AES Extreme – their existing CNC would take around 120 hours. More significant was the difference that a combination of the faster, more efficient AES Extreme along with operator training and introducing optimised machining strategies would make. And then it’s also the hidden costs that need to be appreciated, including having a machine operator present to cover those additional 80 hours (at £15/hour x 80 = £1200) plus the additional cost of 80 hours power to run the old CNC, dust extraction and compressor to allow it to produce the same number of parts as the AES machine – the opportunity becomes ever-more compelling. 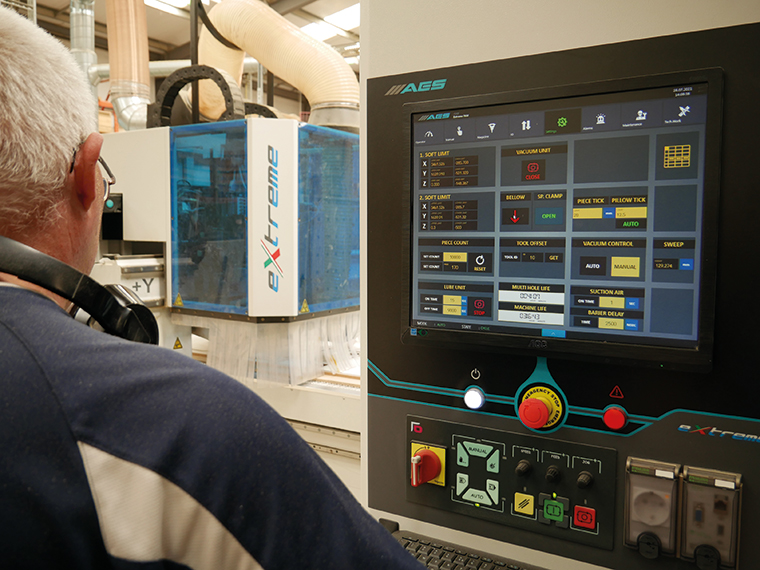 Asking Owen what he feels the new CNC will mean for the Bryn Roberts business, he says: “The new AES Extreme is enabling us to drive higher volumes through, it also means our batch quantities can go up because our sheet size is bigger, and with the excellent nesting facility, our yield quantities are considerably better too.

“Notably, because of the Extreme’s efficiency and ease-of operation, where previously we were considering an extra person to keep up with demand, which in these changeable and challenging times is a decision we’re glad we’ve been able to delay for now.” 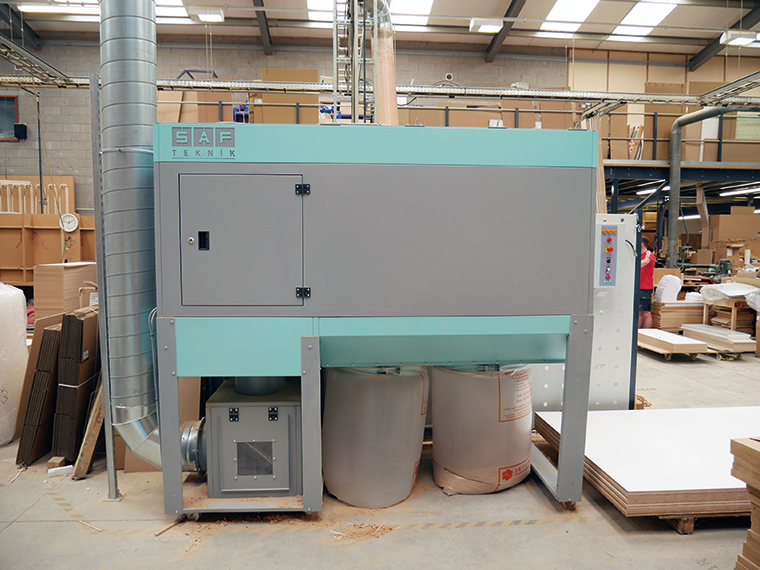 Owen also praised the pre-sale efforts by Carl and his team, the installation and training being very good indeed. “We’ve had the new Extreme for six or seven months now, and long with the AES extraction system we bought at the same time, we’re delighted with how much more performance and capability we have – it feels entirely natural now and we’re making gains across the business because of it. I would absolutely recommend this set-up to businesses in a similar situation, and I would also put a shout out for Carl and team at J & C O’Meara for their insight and professionalism.”