When faced with a new factory unit to home its growing components manufacturing business, Oliveti Cubicles turned to a leading wood waste extraction specialist, Dustraction, to provide a custom-built extraction solution for its new premises in Leicestershire.

“We had simply outgrown our old premises in Willoughby and we needed more space if we were to continue working on such a broad range of construction projects,” begins Julian Beardsell, cubicles department manager at Oliveti Cubicles.

“The old unit housed an old extraction system that was simply not up to the job anymore. It was out of date and we were spending increasing amounts of time trying to keep the system healthy. It was clear that we couldn’t take the system with us. Instead, we needed to invest in a new, low-maintenance system that could offer us ongoing reliability, solid performance and room to grow.”

With a six-year lease on its new premises in Leicester, Julian was also keen to future-proof his investment. “We have grown significantly since we began trading and adding new machinery to our line-up is inevitable. With this in mind, we also needed a system that could offer us a minimum of 30% expansion.” 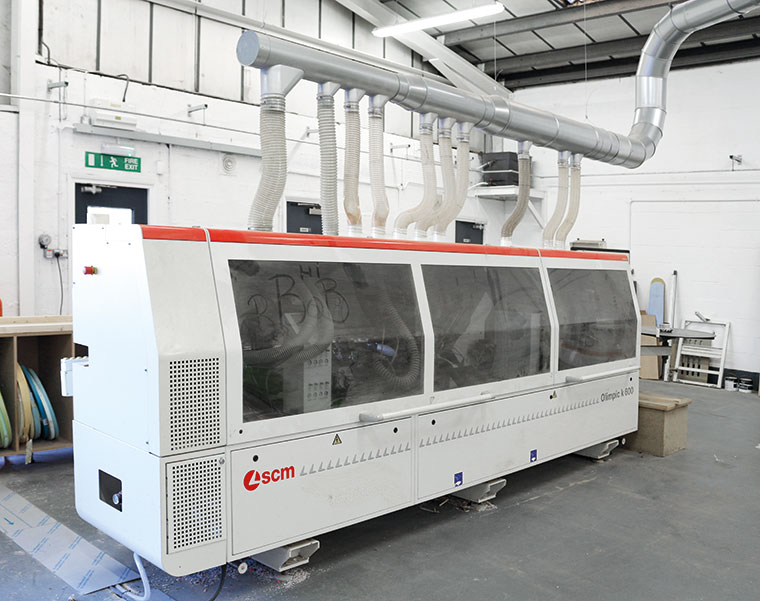 The extraction from the edgebander

This led the components company to Dustraction’s door. “I work with a lot of Leicestershire-based businesses and I was keen to use as many local companies as I could during the relocation process,” says Julian.

“I received quotes from several extraction specialists but Dustraction was my first and last port of call. I found them to be the best overall value. They were not necessarily the cheapest but they offered a clear and concise package. They also gave me confidence in their abilities from the off, and offered the infrastructure needed to complete the job in a competitive time-frame.” 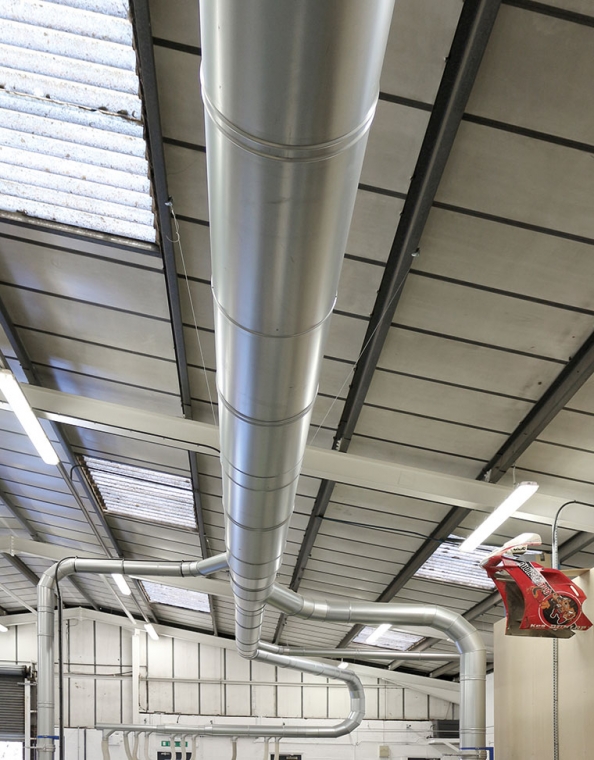 The initial stages of the project required Dustraction to work closely with Oliveti Cubicles and the first step was to create a workshop floor plan. In order for all criteria to be met – including the simultaneous use of an edgebander, dimension saw, vertical spindle moulder and four-sided moulder – a Dustrax No 27 Series filter system was installed.

The system itself, which has been designed to handle a total air volume of 3.32m³/sec (7035 cfm), utilises a tubular sock-type filtering system and comes complete with an automatic shaker cleaning mechanism. In order to fulfil Julian’s expansion requirements, the system’s modular bolted construction also allows for later fitting of further filter chambers, bagging base extensions and increased fan power. 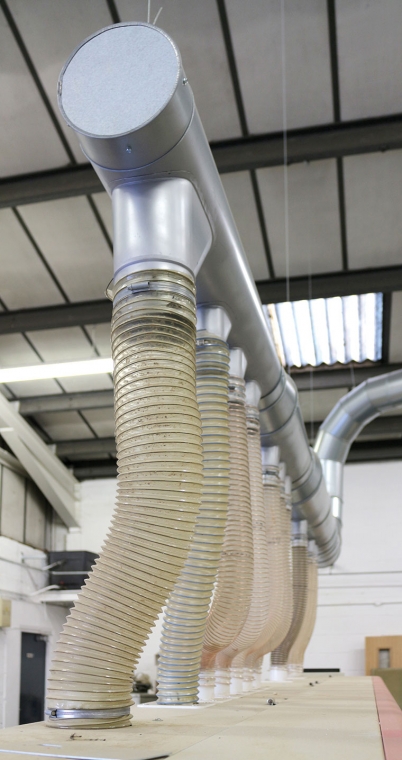 The ductwork to the edgebander

“Disruption to the team was minimal throughout the installation,” explains Julian. “Dustraction was working in an empty building and it didn’t have an existing extraction system to work around. The only thing the team needed was electrical supplies to different parts of the equipment and access to hoists and positioning equipment. This allowed for the first stage of the installation to be completed in under six weeks, with the tails for each machine attached to the ducting, ready for the machines to be dropped into place.”

It was at this point of the installation that the components manufacturer received an order that needed to be completed quickly. “We were just about ready to start moving machinery into our new workshop when we were given a time-sensitive job to complete. This stopped the final stage of the installation being completed for over eight weeks.” 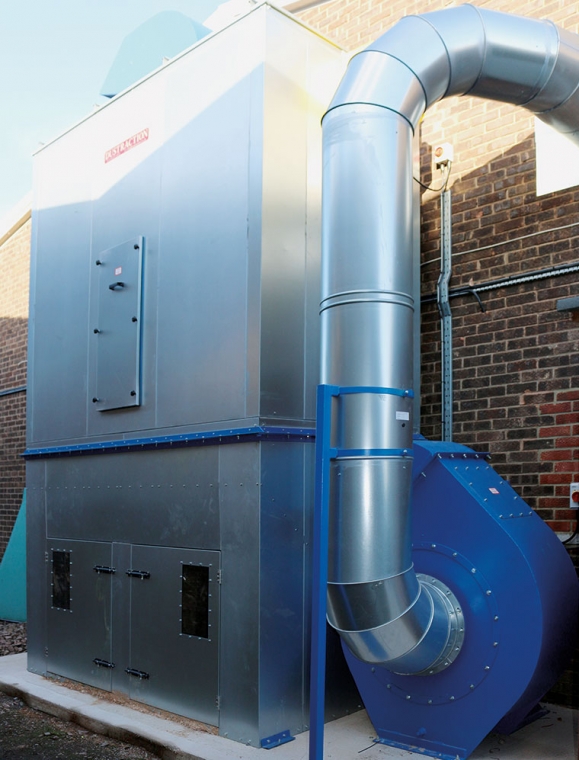 Julian continues: “This is where Dustraction’s understanding, cooperation and experience came into play. They were happy to work around us and, when we were in a position to relocate, the second phase was done quickly and efficiently to limit any downtime. Each piece of machinery was connected as per the floor plan and our technicians and Dustraction’s engineers went thought each machine, one-by-one, to make sure everything was in full working order.

“Having the support from Dustraction at that stage of the installation was very important and their flexible approach to the whole project made working with them a real pleasure. If I had to sum up my experience of working with Dustraction, I would have to say they were efficient, obliging and on budget!”